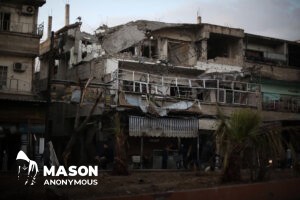 Updating members on the implementation of resolution 2118 – on the elimination of Syria’s chemical weapons programme – High Representative for Disarmament Affairs Izumi Nakamitsu said that, as is established practice, her office has maintained regular contact over the last month with counterparts at the Organisation for the Prohibition of Chemical Weapons (OPCW).

“I understand that the Syria has not yet provided sufficient technical information or explanations that would enable the OPCW Technical Secretariat to close the issue related to the finding of a Schedule 2 chemical detected at the Barzah facilities of the Syrian Scientific Studies and Research Centre”, she reported.

Inspections subject to path of COVID-19

The OPCW Technical Secretariat still plans to conduct two rounds of inspections of the Centre’s Barzah and Jamrayah facilities, she said, noting however, that the visits are subject to the evolution of COVID-19.  It will continue to engage with Syrian authorities and inform the OPCW Executive Council of any progress, she explained.

The Organisation’s Fact-Finding Mission meanwhile is studying all available information related to alleged chemical weapons use in Syria, she said, engaging with the Government and other States Parties to the Chemical Weapons Convention on a number of incidents.

As for the Investigation and Identification Team, she said that following its first report on 8 April 2020, it continues to investigate incidents in which the Fact-Finding Mission determined that chemical weapons were used or likely used in Syria.  It will issue further reports in due course, she said.

More broadly, Ms. Nakamitsu said the OPCW Technical Secretariat has yet to receive a response to the 20 July 2020 letter sent by the OPCW Director-General to Syria’s Deputy Minister for Foreign Affairs and Expatriates, outlining the country’s obligations under OPCW Executive Council decision EC-94/DEC.2, “Addressing the Possession and Use of Chemical Weapons by the Syrian Arab Republic”.

As conveyed in the letter, the Technical Secretariat is ready to assist the Government in the fulfilment of these obligations within the required 90-day period.

“The use of chemical weapons is unacceptable”, Ms. Nakamitsu stressed. The requirement for those responsible to be identified and held accountable is paramount. “Ensuring accountability for chemical weapons use is our responsibility, not least to the victims of such attacks,” she assured, expressing hope that the Council will unite around this issue.