According to the new International Organization for Migration (IOM) Global Migration Indicators (GMI) 2021 report, launched on Thursday, over the past decade migrants in the worldwide labour force have tripled.

The analysis featured on the Global Migration Data Portal, provides snapshots of the latest statistics and trends, including the impacts of COVID-19 on mobility.

For example, remittances made up more than 25 per cent of total GDP last year in El Salvador, Lebanon, Kyrgyzstan, Tajikistan and Tonga.

“The availability of timely and reliable data can help us maximize the potential of migration for development”, said Ugochi Daniels, IOM Deputy Director General for Operations.

Migration trends at a glance

As exemplified by the many roles of migrants considered ‘essential’ during the COVID-19 pandemic, the report highlights an increase in demand for their labour.

Foreign doctors account for 33 per cent of the United Kingdom’s physicians, according to the Organization for Economic Co-operation and Development (OECD) and there is an overall reliance on foreign healthcare workers in Europe and the United States. 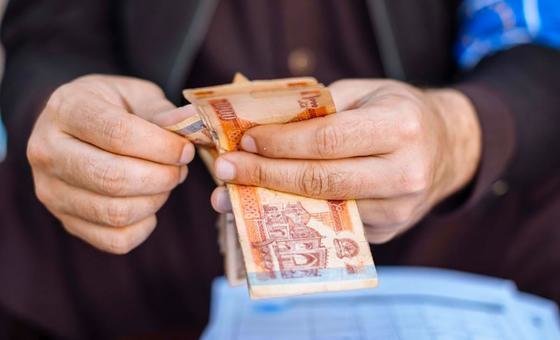 There are nearly 170 million foreign workers globally, according to the latest IMO estimates – more than triple the 53 million registered in 2010.

And foreign-born workers play a growing role in the labour force, making up an estimated five per cent of today’s global workforce.

“As we celebrate International Migrants Day this week, this report stands as a clear reminder of the role migrants play in the development of their communities worldwide”, said Frank Laczko, GMDAC Director.

“But while the global economy continues to rely heavily on migrant workers, people continue to face terrible risks when they cannot access legal pathways in their search for better opportunities.”

While migration policies are difficult to measure, the data available show a trend toward limiting safe, legal migration options.

🆕 Global Competency Standards for #HealthWorkers will provide quality, culturally sensitive care to migrants and refugees, a 🔑 step towards achieving #HealthForAll, including for people on the move.

While 81 per cent of the countries participating in IOM’s Migration Governance Indicators (MGI) have at least one government body dedicated to border control, just 38 per cent have a defined national migration strategy, with only 31 per cent aligning it with a national economic development strategy.

“This reports highlights…the invaluable contributions migrants have in our communities and economies, and the need for concrete action to increase legal channels”, Ms. Daniels said.

Also on Thursday, the World Health Organization (WHO) published the agency’s new Global Competency Standards for refugee and migrant health services to strengthen countries’ ability to provide services to refugees and migrants by defining markers to be incorporated into health workers’ education and practices.

“While facing similar health risks to their host communities, refugees and migrants may have specific health needs and are often vulnerable to adverse health outcomes due to their mobility, living and working conditions”, said Santino Severoni, Director of the WHO Health and Migration Programme.

The health workforce has a vital role in providing inclusive services that are respectful of cultural, religious, and linguistic needs, said the UN health agency.

“Refugees and migrants face obstacles in accessing people-centred and culturally sensitive health services in both countries of transit and destination. These can include…restricted use of health services, all of which shape their interactions with the host country’s health system”, said the WHO Director.

The document is accompanied by a Curriculum Guide to support its operationalization.

The competencies can be tailored to various environments and take into consideration the requirements and constraints of local health systems as well as the characteristics of diverse refugee and migrant populations.

“The same workers must be supported with a competency-based education, as outlined in the Standards…to take us a step closer towards universal health coverage for all populations, including for refugees and migrants”.