Should the worldwide slump drag into the third quarter of 2020 or later, that number could soar to 1.124 billion to 1.54 billion travellers, as airlines slash the number of seats on offer by 49 to 72 per cent.

If that is the case, air carriers could find themselves grappling with $198 billion to $273 billion in lost gross operating revenue from their international operations.

Montreal-based ICAO released the figures this week, saying they are the most complete since it started issuing regularly updated analyses of COVID-19’s impact on air transport, in February.

The UN specialized agency, which brings together 193 Member States, is providing ongoing guidance to air transport planners, regulators and operators as the novel coronavirus crisis unfolds.

In releasing the figures on Thursday, and as it looks ahead to a post-COVID-19 world of travel, ICAO cautioned that its figures are not forecasts, but rather scenarios that indicate possible paths or consequential outcomes, out of many.

The actual impact will depend on many factors – including the duration and magnitude of the outbreak and containment measures, government assistance, economic conditions and the degree of consumer confidence for air travel.

What is known is that, for Asia-Pacific airlines, the COVID‐19 pandemic has already surpassed the 2003 SARS outbreak that prompted a $6 billion drop in revenue. In that instance, it took just six months for the industry to return to pre-crisis levels.

Without the pandemic, ICAO said, international passenger demand could have gone up by 67 million this year, as airlines planned to grow their seat capacity by 3.4 per cent over 2019.

The biggest drop in demand now is expected to be in Europe during its peak summer travel season, followed by the Asia-Pacific region. 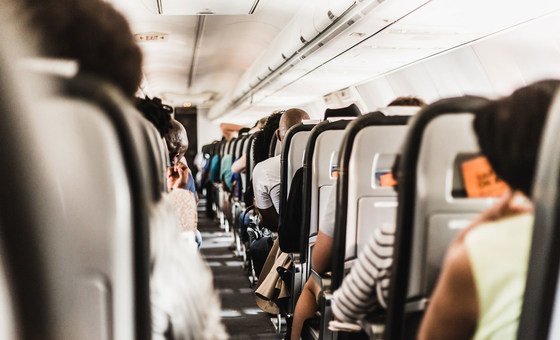 In addition to its analysis, ICAO announced this week the creation of a COVID-19 Aviation Recovery Task Force, to identify and recommend strategic priorities and policies for States and industry operators alike.

It aims to leverage all available government and industry data to come up with solutions to the immediate challenges that civil aviation is facing across the board – and priorities to be addressed in a post-COVID world.

“International air transport has faced several crises in the past from which it was able to regain its position, thanks to timely initiatives by ICAO.” He said.

He added: “The progress achieved over the course of decades could be entirely erased if international air transport does not resume soon and effectively.”

Making up the new Task Force, are ICAO Council members and the directors-general of all major air transport industry associations, among others. UN entities such as the World Health Organization (WHO) and the World Tourism Organization (UNWTO) are also represented, as well as the heads of several national and regional aviation administrations.