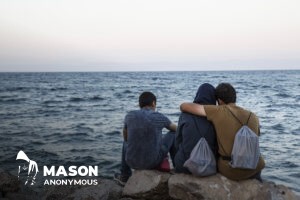 Fionnuala Ní Aoláin, UN Special Rapporteur on the promotion and protection of human rights while countering terrorism, told the General Assembly on Thursday that what are being billed by some governments as counter-terrorism measures, are being applied frequently to address domestic strife and in complex humanitarian settings.

In these cases, they can have a catastrophic impact on civilian populations, she said, which are being “squeezed by broadly framed terrorism laws and practices with little or no recourse, when misuse occurs”.

UN expert @NiAolainF criticizes misuse of terrorism laws by some States, saying inappropriate use of such measures in the context of complex and violent conflicts sometimes only worsens the situation.
Learn more: https://t.co/prJi6GsoLp#UNGA pic.twitter.com/WnzmlHsev5

The independent expert identified a “profoundly” worrying pattern whereby some States are ignoring or undermining humanitarian rules because counter-terrorism “offers a more open-ended, under-regulated and opaque set of tools”, to manage complex problems.

Her report tracks the essential relationship between protecting the human rights of the most vulnerable – including the elderly and children – in complex and fragile settings and enforcing basic humanitarian norms, including providing humanitarian assistance.

“I am profoundly troubled by the failure to apply humanitarian exemptions for activities that are humanitarian and impartial in nature”, said Ms. Ní Aoláin.

“Such short-sighted tactics of withholding or criminalizing humanitarian assistance only prolongs conflicts, alienates those who are needed to ultimately resolve such conflicts, and hurts the most marginal in society”.

In her report, the Special Rapporteur acknowledged the Security Council’s “persistent and unequivocal affirmation” that counter-terrorism measures must “always and fully” comply with the overarching norms of international human rights law, international humanitarian law and refugee law.

She called on States to review existing sanctions systems to make sure that they are rule of law-compliant and provide “meaningful opportunity to challenge, review and end sanctions practices for affected individuals and their families”.

The UN envoy also applauded the work of impartial humanitarian actors, who carry out their duties in extreme conditions and under significant stress to protect the vulnerable.

“The challenge now for States is to acknowledge and protect these actors effectively”, she spelled out.