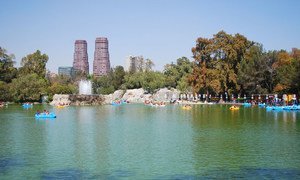 Waste can have a devastating effect on public health, the environment, and the climate, but cutting-edge innovation and technology can provide improved, cheaper solutions to the challenge, and help cities and communities to see waste as a business opportunity. This was the message marking World Habitat Day, on Monday, with a focus on waste management.

Linked to the International Day, UN-Habitat, the United Nations agency for human settlements, has launched a “Waste Wise Cities” campaign, to address the increasing challenges of coping with solid waste.

As part of the campaign, cities are invited to confirm their commitment to uphold a set of principles. These include assessing the quantity and type of waste, improving waste collection, ensuring cities are environmentally safe, and implementing waste-to-energy schemes.

Speaking at a meeting in Geneva aiming to convince more countries to assist the many millions of people around the world who live in nationless limbo, Mr. Grandi warned that much more action was needed, five years since UNHCR launched its #IBelong campaign to end statelessness.

To date, around 200 countries have pledged to work with UNHCR on solutions to statelessness, which the UN agency aims to eradicate by 2024 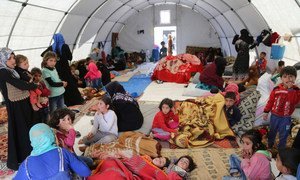 Following reports that the United States is withdrawing troops from northeast Syria, the UN warned on Monday against the further displacement of civilians from the war-torn region.

He said any military operation had to take the effects on civilians into account, adding that the UN is “hoping for the best, but preparing for the worst”, according to news reports.

US allies, the Syrian Kurdish militia, or YPG, are considered a terrorist organization by Turkey, with Ankara arguing for the creation of a so-called “safe zone” for civilians along the Syrian border, under its control.

Mr. Moumtzis said that the concept had not worked in the past, referencing the massacre of Bosnian Muslims at the hands of Bosnian Serbs in Srebrenica, in 1995. 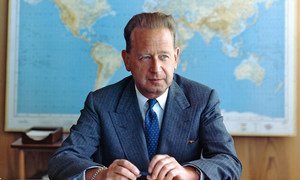 The UN chief has said he is “deeply committed” to continuing the investigation searching for definitive answers over the tragic deaths of former Secretary-General, Dag Hammarskjöld, and 15 others traveling with him aboard a flight enroute to settle conflict in the Congo’s Katanga, in September of 1961.

Mr. Guterres noted that according to a new report, the appointed investigator (Eminent Person) has received new information about possible causes of the plane crash in what was then Northern Rhodesia, now Zambia, which claimed the lives of Mr. Hammarskjöld  and those onboard.

The cause of the crash, whether accidental or as some believe, an assassination plot, continues to be debated. New information has surfaced regarding intercepts by Member States of communications surrounding the crash, the ability of Katanga’s armed forces or others to have staged an attack, and the presence of foreign paramilitary or intelligence personnel in the area; a rebel-held region of the Congo at the time.

Mr. Guterres has expressed a need for renewed urgency in resolving once and for all the truth behind the cold case, despite noting that the Eminent Person leading the inquiry had noted the “excellent” cooperation on the part of Member States and private individuals, surrounding the investigation.

In a statement attributed to his Spokesman, Mr. Guterres said “we owe this to Dag Hammarskjold and the members of the party accompanying him.” 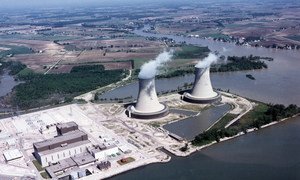 Without significantly increasing the use of nuclear power worldwide, it will be difficult to achieve the goal of reducing harmful emissions and fighting climate change, the head of the International Atomic Energy Agency (IAEA), said on Monday.

Cornel Feruta, the agency’s acting Director-General, spoke at the opening of the first-ever International Conference on Climate Change and the Role of Nuclear power in Vienna.

The IAEA pointed out that nuclear power contributes around one-third of all low carbon electricity, producing practically no greenhouse gases, and some 10 per cent of the total electricity produced worldwide.

Listen to or download our audio News in Brief for 7 October on Soundcloud: