The UN Development Programme (UNDP) report, Scaling Fences: Voices of Irregular African Migrants to Europe, sets out to find out why those who put themselves in the hands of people smugglers, and put themselves in other vulnerable positions to cross borders, make the decision to leave home avoiding formal immigration procedures, in the first place

The report, which interviewed 1,970 migrants from 39 African countries in 13 European nations, all of whom declared that they had arrived in Europe through irregular means and not for asylum or protection-related reasons, reaches some counter-intuitive conclusions. 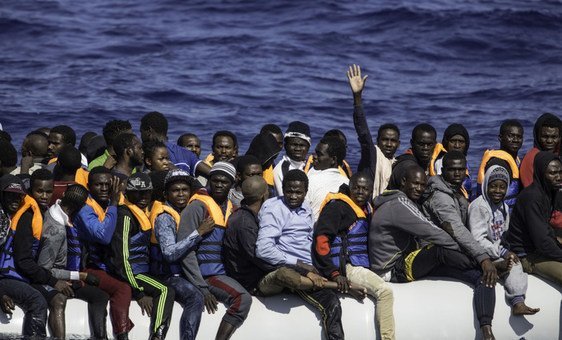 It finds that getting a job was not the only motivation to move; that not all irregular migrants were ‘poor’ in Africa, nor had lower education levels. Around 58 per cent were either employed or in school at the time of their departure, with the majority of those working, earning competitive wages.

But around half of those working said they were not earning enough.

In fact, for two-thirds of those interviewed, earning, or the prospect of earning in their home countries, did not hold them back from travelling. The respondents also spent at least three years more in education than their peers.

“Scaling Fences highlights that migration is a reverberation of development progress across Africa, albeit progress that is uneven and not fast enough to meet people’s aspirations. Barriers to opportunity, or ‘choice-lessness’, emerge from this study as critical factors informing the calculation of these young people,” said Achim Steiner, UNDP Administrator.

“By shining a light on why people move through irregular channels and what they experience when they do, Scaling Fences contributes to a critical debate on the role of human mobility in fostering progress towards the Sustainable Development Goals and the best approaches to governing it,” he said.

Migrants, in their own words

Here’s what some of the migrants interviewed told UNDP researchers – their last names were not given to help protect their identities.

‘Shame’ of not providing, keeps African migrants in Europe

The apparent shame of failing in their “mission” to send sufficient funds back home, emerged as a major factor keeping migrants working in Europe, according to UNDP.

Around 53 per cent had received support from family and friends, in order to make the journey, and once in Europe, around 78 per cent, were sending money back.

The report also found key differences between men and women in terms of the migrant experience. A gender pay gap which favours men in Africa, “resoundingly reverses in Europe, with women earning 11 per cent more, contrasting with previously earning 26 per cent less, in Africa”, said UNDP.

A higher proportion of women were sending money back – even among those not earning.

But when it comes to crime, women are suffering more, with a higher proportion falling victim to a crime in the six months prior to being interviewed, than men, and significantly higher instances of sexual assault.

Opportunity and choice must expand at home

UNDP describes Calling Fences as “a clarion call to continue to expand opportunity and choice in Africa while enhancing opportunities to move from ‘ungoverned’ to ‘governed’ migration, in line with the Global Compact for Safe, Orderly and Regular Migration.”

It is the second in a series of UNDP reports documenting the journeys of young Africans, with the first, exploring what drives some into the arms of violent extremism.