Ambassador Lachezara Stoeva said in her opening statement that she was “honoured and humbled” to have been elected to lead one of the principal organs of the UN, while noting that the upcoming session will be “especially challenging for the world”.

In addition to COVID recovery, she highlighted the ongoing war in Ukraine, which has “triggered massive food insecurity, energy shortages and financial crises”.

The new ECOSOC chief elaborated on initiatives to assist in overcoming “the crises that have engulfed our societies”.

As ECOSOC President, Ms. Stoeva’s said her first priority was to ensure that the Council and the High Level Political Forum (HLPF) which is the climax of its work each year, provides “solid, evidence-based, innovative and actionable policy guidance” to curb and address the pandemic’s impacts on the Sustainable Development Goals (SDGs). 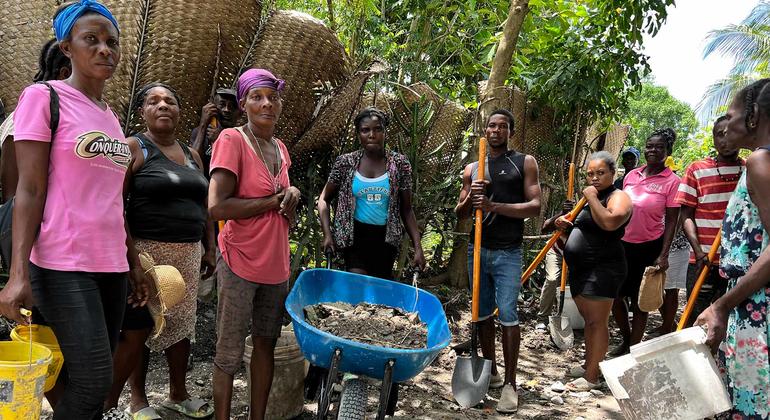 Secondly, she aims to help bridge the “great finance divide” that has sharply curtailed the ability of many developing nations to recover.

Her third priority is to ensure preparations advance for the SDG Summit taking place in September 2023, by building momentum and reviving “the passion that characterized the elaboration and implementation of the SDGs”, which were agreed in 2015.

Fourth, she aims to build on the success of this year’s Humanitarian Affairs Segment to “support and reinforce” the UN and its humanitarian partners in addressing “profound humanitarian challenges” worldwide.

Fifth, Ambassador Stoeva aims to follow-up on the recommendations made to ECOSOC in the Secretary-General’s Our Common Agenda blueprint for action, while her sixth priority will be to provide better access to youth, civil society and others.

Her final priority she said, would be to implement the recommendations adopted by the General Assembly in June 2021 for reforming the work of ECOSOC and the HLPF.

Ambassador Stoeva assumed her duties as Bulgaria’s Permanent Representative to the UN in February last year and has served as ECOSOC Vice-President responsible for the Management Segment, where she successfully led the Council’s review of the Functional Commissions and Expert Bodies.

In a heartfelt speech, outgoing President Collen Kelapile said that he was “deeply honoured and elated” to have served in the top job for the past year.

Reminding that it was the first time that Botswana had occupied the seat, he described it as “a momentous occasion for both my country and I personally”.

Before handing over the reins, Mr. Kelapile looked back at the main theme of both ECOSOC and the HLPF this month, highlighting the “eight broad priorities”, of his term, which included vaccine equity, inequalities, post-conflict recovery, and youth engagement.

He also highlighted the Council’s new Coordination Segment and a revitalized Partnership Forum to guide its subsidiary bodies, reminding that it has dealt with conflict, post-conflict and humanitarian emergencies, including in Haiti, South Sudan, and the Sahel region.

The outgoing President also drew attention to meetings during his tenure surrounding the climate crisis, implementing the New Urban Agenda, and supporting the advance of the SDGs during the recent months of crises on multiple fronts.

“I am pleased that the Council adopted a Resolution last Friday to ensure implementation of the outcomes of the Operational Activities for Development Segment,” he said.

© UNICEF/Bullen Chol
A girl walks home from school after the Nile river flooded on the outskirts of Juba, South Sudan.

As President, he reminded that ECOSOC continued to advocate for Least Developed Countries (LDCs), Landlocked Developing Countries (LLDCs) and Small Island Developing States (SIDS), as well as a special push on behalf of African countries, “providing them a platform to share their experiences and development challenges”.

Ambassador Kelapile has called for strengthened international cooperation, global solidarity and partnerships to overcome their development challenges and lent support for inclusive and sustainable recovery in these countries.

In passing the gavel to Ambassador Stoeva, he wished her “all the best” in leading ECOSOC’s work on COVID-19 recovery, and implementing the 2030 Agenda during the Decade of Action.

He thanked all who supported him and asked that they “extend the same support and cooperation” to her.

In closing, Ambassador Kelapile stressed the need to work together “harder” and coordinate further.