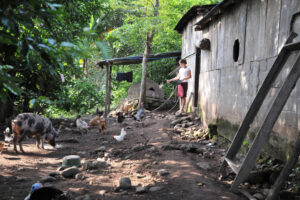 Mary Lawlor, Special Rapporteur on the situation of human rights defenders, explained that Nacilio Macario was slain on 14 November, allegedly killed by settlers while taking water and food to communities protecting their land on Nicaragua’s northern Caribbean coast.

The UN expert urged the Government to investigate his killing, saying it has a responsibility “to ensure a safe and supportive environment for those who defend the environment and the rights of indigenous peoples in Nicaragua”.

Mr. Marcario, an indigenous Mayangna, who was originally from the Autonomous Region of the Northern Caribbean Coast, had campaigned against illegal gold mining and logging taking place in his community, according to the Office of the High Commissioner for Human Rights (OHCHR).

“This time it was Mr. Macario who stood up for his land against the illegal exploitation of people associated with the extractive industry, but if those responsible are not duly investigated and brought to justice, these murders will continue to be carried out with impunity”, upheld the UN expert.

“These attacks have occurred in a context of socio-political and human rights crisis, which has worsened since 2018”, said OCHA, adding that laws recently approved by the National Assembly further restrict the civic and democratic space.

The UN independent expert concluded by echoing UN High Commissioner for Human Rights Michelle Bachelet’s request that the Nicaraguan Government “guarantee the exercise of freedoms of peaceful assembly, expression and association; and publicly condemn and sanction any attack or intimidation against human rights defenders and community leaders, among others”.

Ms. Lawlor is currently in contact with the authorities on this matter.

Special Rapporteurs are appointed by the Geneva-based UN Human Rights Council to examine and report back on a specific human rights theme or a country situation. The positions are honorary and the experts are not paid for their work.