“The well-being of people around the world, the health of our planet, and the survival of future generations depend on our willingness to come together around a commitment to collective problem-solving and action”, said UN chief António Guterres. “We don’t have a moment to lose”.

He urged those attending the first of five thematic consultations at UN Headquarters, the first devoted to Accelerating and Scaling up the Sustainable Development Goals (SDGs), to “make progress on the substance and the search for consensus, as much as possible this year”. 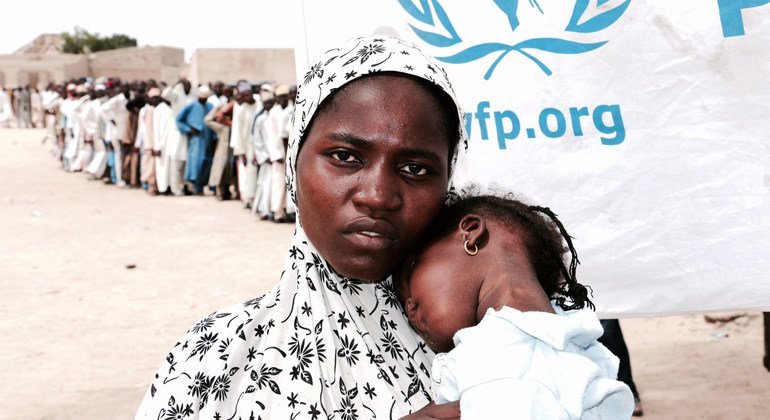 Getting ‘back on track’

With only eight years until 2030, and with COVID-19 driving the world further off track, the UN chief said that the report’s recommendations aim to get the world “back on track” towards achieving the SDGs.

“Each proposal will promote progress across other goals, and indeed our broader pursuit of peace and human rights”.

It calls for a New Global Deal to share power, wealth and opportunities more broadly at the international level, and allow developing countries to focus their resources on sustainable, inclusive development.

“The New Global Deal will rebalance power and financial resources, enabling developing countries to invest in the 2030 Agenda and the SDGs”, he said.

Noting that “there is no one-size-fits-all social contract”, Mr. Guterres reminded that Our Common Agenda proposes an intergovernmental World Social Summit in 2025 to “coordinate action and create momentum on a global scale” towards reaching the goals, while taking stock of efforts to renew the social contract.

“The ending of poverty in all its forms everywhere is not just the objective of SDG 1, but the primary objective of the 2030 Agenda itself”, he stated. 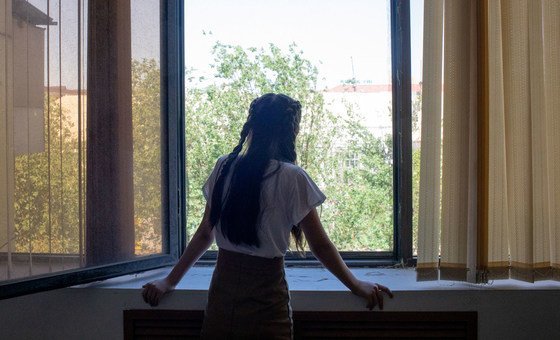 “Poverty is not only the absence of income”, he said, advocating for a global economy that works for all, including safeguarding public health, reforming the world’s financial system, and protecting the environment.

The UN chief highlighted three issues “at the heart of our commitment” to leave no one behind, that require urgent action.

First, he described the current learning crisis, as “a disaster first and foremost for the world’s young people…[with] very serious implications for the future of our societies”.

Without functioning education systems, he said that the world would not be able to meet the needs of labour markets, advance gender equality and human rights, or strengthen democratic institutions.

To address this, a Transforming Education Summit will be held in September to reignite a collective commitment to education and lifelong learning as a pre-eminent public good; mobilize action to recover lost progress; and promote a reimagining of education and innovation.

The Deputy Secretary-General will lead Summit preparations and Mr. Guterres will be appointing a Special Adviser in the coming weeks.

Although women and girls are central to every social contract, the UN chief pointed out that “their specific needs and aspirations are largely ignored, and their work is routinely undervalued”.

The pandemic has shone a spotlight on the unpaid care work – mainly done by women – that enables much of society to function, while intensifying a shadow pandemic of increased violence against women and girls.

Against this backdrop, he has asked Deputy Secretary-General to review the UN’s capacity on gender “to ensure gender equality is at the core of everything we do”.

“I encourage Member States to use these consultations to consider my proposals and how inter-governmental processes can deliver better for half the world’s people”, said the top UN official. 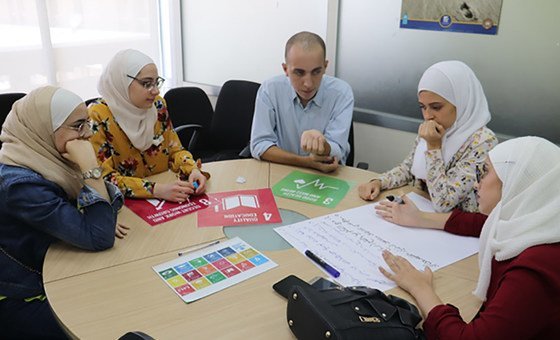 Turning to young people, Mr. Guterres highlighted the power of youth engagement and the importance of their voices across the UN system and beyond, recalling his proposal to establish an Office on Youth.

“The creation of a dedicated capacity focusing on young people…would have a meaning that goes far beyond its institutional significance” by making the entire UN system “accountable in delivering for and with young people”, he explained.

Not only would it signal a cultural transformation but also send a strong message that young people are “a driving force” within the Organization.

.@UN_PGA opening the 1st Our Common Agenda consultation. Urges Member States to operate “in good faith, with mutual trust and respect, and with the common goal of enhancing our work and bettering the world around us.” pic.twitter.com/BYdbKVF5yK

UN must ‘step up’: Shahid

President Abdulla Shahid reminded the inaugural consultation on the Common Agenda, that his “Presidency of Hope” was “focused on solutions and concrete actions that look to deliver for people, planet, and prosperity.”

He said his priorities included a sustainable recovery from the pandemic, “respecting the rights of all, protecting the planet and revitalizing the UN.”

“Ours is a world in need of hope. Hope that can only be inspired by unity, solidarity, and collective action”, he said, adding that “this consultative process…is key to delivering on each of those priorities”.

“The United Nations must step up; we must become more responsive and more effective for the people we serve”, he stated.

Despite differences, Mr. Shahid maintained that “we are but one family”, encouraging everyone to “find a way forward” on the Agenda’s proposals.

“Our attempt should be to find the right mechanisms to ensure that we arrive at common understandings”.

Like fisherfolk, “let’s fill our boats with fish”, rather than “cut the hook and return to the shore empty handed”, he said.

The Assembly President closed by urging Member States to operate “in good faith, with mutual trust and respect, and with the common goal of enhancing our work and bettering the world around us.”