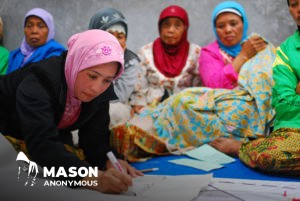 The HLPF is the chief global forum for reviewing successes, challenges and lessons learned, on the road towards reaching the 17 Sustainable Development Goals (SDGs) by 2030.

This year, the annual meeting is being held under the theme “Empowering people and ensuring inclusiveness and equality”. 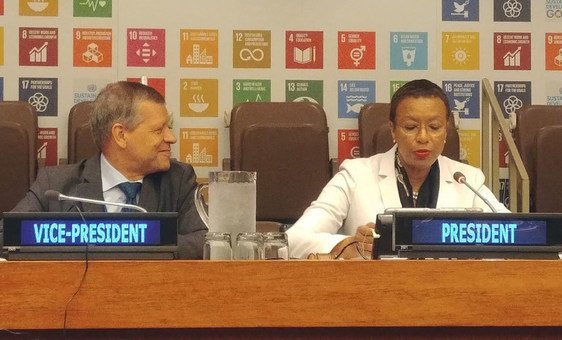 “This is a global moment where we are all together”, she spelled out. “We need to use it to its utmost… [and] actively interact with each other. Let us all profit from it”.

The Forum will assess progress made over the past four years, since the Goals were adopted by all Member States at UN Headquarters, and decide what needs to be done moving forward and “where we are collectively in SDG implementation, globally, regionally, nationally and locally”.

Ms. King explained that “this meeting is not an end in itself” but “a global platform” to showcase experiences and forge partnerships. “We all learn from each other so that we can go back enriched with new experiences” to achieve “the ultimate goal for people, planet and prosperity”.

SDG goals under the spotlight:

She also made clear the “special” nature of this year’s HLPF, which will inform the upcoming SDG Summit in September.

“We also hope that all countries and actors will announce SDG Acceleration Actions at the summit”, she said.  “We must demonstrate our continuing commitment to the 2030 Agenda”.

ECOSOC Vice President Valentin Rybakov updated the meeting on key messages from Monday’s Integration Segment, which flagged the need to ensure inclusiveness and equality while empowering citizens across the world.

He drew attention to the strong link between the 2030 Agenda and what he dubbed the “Five Ps”, namely people, planet prosperity, peace and partnership.

“Achieving the SDGs require an immediate change in course”, he said. “We need to address deep rooted inequalities and vulnerabilities across the economic, social and environmental dimensions of sustainable development” by focusing on policies that “aim to lead no one behind” and address the mechanism lead to the “concentration of wealth and power at the top”.

Mr. Rybakov made the case that “antidiscrimination legislature remains an important tool” to help even up gender equality while pointing to the need to address “the burden of unpaid care and domestic work” on women and girls, “which hinder their participation in education and employment”.

“The subsidiary bodies and UN system recognize that all this means that we need a profound over hall of our current development models”, he remarked, including to replace “silo thinking” with “integrated policies”, particularly in dealing with hunger and poverty.

Anywhere we look, we can find inspiring action for the #SDGs. But there is only one place where it all comes together: the annual #HLPF!

See what the buzz is all about and learn why the world comes together to review progress on the #GlobalGoals: https://t.co/k4N7af03d7

“It is time to step up efforts to achieve empowerment, inclusion and equality and to realize the SDGs”, concluded Mr. Rybakov.

In his opening remarks, Liu Zhenmin, chief of the UN’s Department of Economic and Social Affairs, underscored the “powerful message” of the 17 SDGs, calling on countries to “join forces” to create “an equitable, prosperous and sustainable future for all”.

However, noting critical challenges, he pointed out that “the clock is ticking”.

“The most vulnerable people and countries continue to suffer the most – including countries in special situations and in conflict and post-conflict settings”, outlined Mr. Liu. “The global response thus far has not been ambitious enough”.

He maintained that everyone must work collectively to bring the 2030 Agenda to fruition, by better managing evolving risks and seizing social, economic and environmental opportunities.

“It is imperative to act now with renewed commitment and accelerated action”, he stated, adding that “an online registry” had been created on the SDG summit webpage to record related actions and implementations.

In the current landscape of “deepening inequalities and human suffering”, Mr. Liu stressed that it is “critical to demonstrate to the world how truly committed we all remain to the spirit and ambition of the 2030 Agenda”.

In closing, he encouraged the participants to draw upon each other’s knowledge and expertise “with a common goal to build on important gains and create a sustainable future” that will “lead us towards a world of dignity for all”.

The UN also launched its latest key SDG report on Tuesday at UN Headquarters, which concludes that although progress has been made, “monumental challenges remain”.

Progress is evident tackling extreme poverty reduction, widespread immunization and increased access to electricity, but the report warns that global responses have not been sufficiently ambitious, leaving the most vulnerable people and countries to suffer most.

Overall, it revealed that climate change and increasing inequality are not only undermining progress toward achieving the 2030 Agenda but also threatening to reverse many gains made over the last decades.