Lassina Zerbo, Executive Secretary of the Comprehensive Nuclear-Test-Ban Treaty Organization (CTBTO) said he hoped the day would “inspire countries to take concrete measures that will allow us to finally reach our objective of a world free from the dangers of nuclear testing”, noting at the meeting marking the occasion that there needed to be an “unmistakable message…that our work is not yet done”.

At #UNGA High Level Meeting to commemorate & promote #IDANT, @SinaZerbo stresses that "IDANT provides opportunity to send a clear & unmistakable message to int community that our work is not yet done. The business of ending #nuclear tests for all time remains unfinished." pic.twitter.com/VeQDuX8IkZ

He said he was honoured to have been jointly awarded the Nazarbayev Prize for a Nuclear-Weapons-Free World and Global Security, together with the late Yukiya Amano, calling his co-recipient “an outstanding champion for the peaceful use of nuclear energy”.

“The only path that will lead us to this noble goal is through the verifiability of the Comprehensive Nuclear-Test-Ban Treaty (CTBT) and its universalization”, asserted Mr. Zerbo.

The CTBT chief praised the “historic decision” by Kazakhstan’s first president, Nursultan Nazarbayev, to renounce nuclear arms, send the country’s nuclear warheads to Russia, and permanently close the Semipalatinsk nuclear test site, saying that President Nazarbayev “understood that there was much more to gain from denuclearizing than going forward as a nuclear possessor State”.

While these decisions may seem obvious now, Mr. Zerbo upheld that “it took great courage and leadership”.

Noting a recent visit to Tuvalu, he recalled that 35 years earlier the 15th South Pacific Forum decided that a nuclear free zone should be established in the South Pacific.

Today the South Pacific Nuclear-Free Zone, or Treaty of Rarotonga, prohibits the possession, use, testing or stationing of nuclear weapons by any country and embodies “the determination of a local population, represented by sovereign States, to live in peace and independence and protect their people and environment”, according to Mr. Zerbo.

Bringing the CTBT into force and fulfilling the overarching objective of the International Day against Nuclear Tests will require the concerted and sustained multilateral efforts of scientists, diplomats, politicians, academics, the media and all civil society “at every step”, he said. 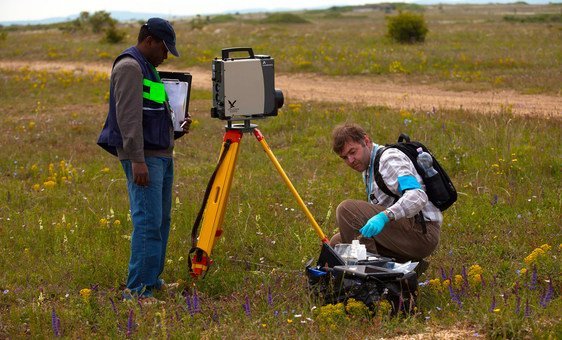 The risk of nuclear proliferation and the threat of nuclear terrorism continue to pose great challenges for the international community.

To guarantee the continued viability of nuclear power for peace and development, “we must reinforce and build upon the legal framework that has been painstakingly established to keep nuclear risks low, while ensuring that countries can continue to benefit from the peaceful uses of nuclear energy”, spelled out Mr. Zerbo.

He called the CTBT “a crucial, and long overdue, step” that will help to ensure the continued vitality of the international nuclear non-proliferation and disarmament regime.

Secretary-General António Guterres noted that the day, which in 1991 marked the closing of the Semipalatinsk nuclear test site, served two purposes: “First, to pay tribute to the victims of nuclear tests and second, to raise awareness of the continued threat that such tests pose to the environment and international security”.

Over the last seven decades, some 2,000 nuclear tests have been carried out, “unleashing a terrible toll”, the UN chief said, devastating “pristine environments and local populations around the world”.

“Peoples from regions as diverse as the South Pacific, North America, and North Africa have equally suffered from poisoned groundwater, radioactive fallout, and other side effects to health and living conditions”, he elaborated.

While acknowledging significant progress in banning nuclear tests, Mr. Guterres said the day is “a reminder of our moral obligation to ensure a legally-binding prohibition on nuclear weapons”.

And although the CTBT is widely supported and its verification mechanism, the International Monitoring System, has helped facilitate international peace and security, the Treaty cannot enter into force until it has been signed and ratified by China, Egypt, India, Iran, Israel North Korea Pakistan, and the United States, each of which possessed nuclear power or research reactors at the time of the 1996 Conference on Disarmament

“I want to use this opportunity to once again call upon all States to sign and ratify the CTBT without further delay, and for those remaining eight States to do so with a sense of urgency”, the Secretary-General said, adding “In the 21st century, nuclear testing is simply not acceptable”.