Speaking to journalists in Geneva, UNHCR spokesperson Matthew Saltmarsh said the agency was stepping up aid for the displaced as conflict intensifies.

“Security is deteriorating rapidly across the country as fighting and armed conflict intensifies with no sign of abating”, Mr. Saltmarsh said.

In total, some 440,000 people have been newly displaced since February 2021 -when a brutal military coup displaced the democratically elected government – adding to an existing 370,000 who had fled their homes previously.

The agency believes the trend will accelerate, with more displacements in the coming weeks and months. 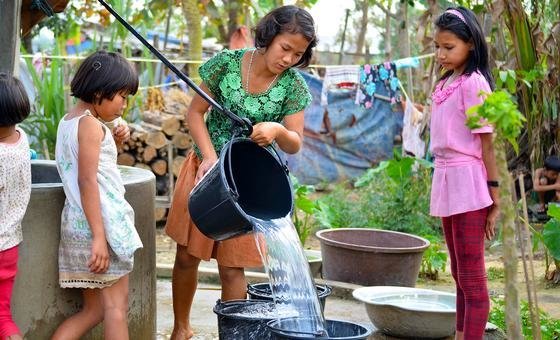 Young girls in a displaced persons camp in Myanmar collect water from a well., by UNOCHA/Z. Nurmukhambetova

In the country’s southeast, Kayin, Kayah, Mon and Shan (South) states as well as Bago (East) and Tanintharyi regions, account for more than half of the 440,000 newly displaced civilians.

Kayin and Kayah states remain the most affected, as hostilities between various armed groups have triggered large-scale displacements.

Another conflict-affected area with pressing humanitarian needs is the northwest, where about 190,000 people remain displaced in Chin State, Magway Region and Sagaing Region.

According to the agency’s spokesperson, humanitarian access in many parts remains restricted due to insecurity, roadblocks and challenges in obtaining access approvals.

As a result, host communities and local responders continue to play a leading role in the assistance, showing solidarity with each other by donating what they can, Mr. Saltmarsh explained.

UNHCR has been working with UN agencies, local partners and communities to assist those affected. Last year, it reached some 170,000 individuals in nine states and regions. 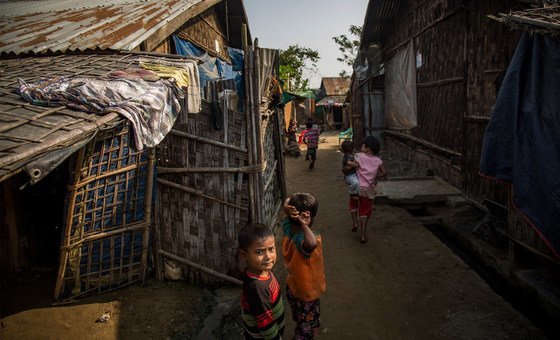 In Shan State, where a growing number of IDPs have arrived from conflict affected Kayah State since the start of 2022, the agency recently established a temporary base to coordinate distribution of emergency aid.

Provision of relief items to Kayah in and around Taunggyi started in mid-January and quickly expanded to incorporate neighbouring townships.

Because of that, the majority of IDPs are consequently dependent on humanitarian support for survival.

Some 600,000 stateless Rohingya in Rakhine state, including some 148,000 displaced in camps, villages and displacement sites, require humanitarian support.

For 2022, UNHCR needs a total of $56.7 million to support the vulnerable communities.

“Our priority will be on maintaining basic safeguards, advocacy for improved access to fundamental rights, mitigating the risk of negative coping strategies, preventing forced returns and building resilience for over 1.2 million IDPs and stateless people in Myanmar”, the spokesperson informed.