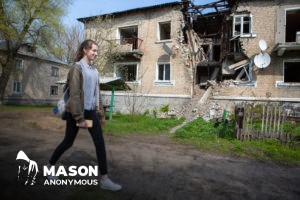 Around 22 per cent of those affected, suffer depression, anxiety or post-traumatic stress disorder, according to an analysis of 129 studies published in The Lancet – a United Kingdom-based peer-reviewed medical journal.

“The new estimates, together with already available practical tools for helping people with mental health conditions in emergencies, add yet more weight to the argument for immediate and sustained investment, so that mental and psychosocial support is made available to all people in need living through conflict and its aftermath,” said study author Mark van Ommeren, who works in WHO’s Department of Mental Health and Substance Abuse.

In conflict situations and other humanitarian emergencies, WHO provides support by:

“Depression and anxiety appeared to increase with age in conflict settings, and depression was more common among women than men”, according to the study.

The revised estimates use data from 39 countries published between 1980 and August 2017, categorized cases as mild, moderate or severe. Natural disasters and public health emergencies, such as recent Ebola virus outbreaks in Africa, were not included.

The findings suggested that past studies underestimated the burden of mental health conditions in conflict-affected areas,

showing increased rates of severe, moderate and mild mental health issues, with the latter being the most prevalent.

“I am confident that our study provides the most accurate estimates available today of the prevalence of mental health conditions in areas of conflict”, said lead author of the study Fiona Charlson of the University of Queensland, Australia and the Institute for Health Metrics and Evaluation, in the United States.

In 2016, there were 53 ongoing conflicts in 37 countries, meaning that 12 per cent of the world’s population was living in an active conflict zone – an all-time high. Moreover, the fact that nearly 69 million people globally have been forcibly displaced by violence and conflict, makes it the highest global number since the Second World War.

“Despite their tragic consequences, when the political will exists, emergencies can be catalysts for building quality, sustainable mental health services that continue to help people in the long-term”, concluded the WHO author.