“As a female traditional leader, my aim is to be a role model within my chiefdom. I want to ensure that we collectively challenge social and traditional norms and practices that negatively affect our women and girls”, said Kawaza, chieftainess of the Chewa people.

Leading more than 650 villages with some 100,000 inhabitants, she is one of many traditional and community leaders throughout Eastern Province who are contesting these dangerous practices.

Good intentions are not enough to protect women and girls. We need ACTION.

See why @UNFPA Executive Director @Atayeshe says "we will not stop until the rights, choices and bodies of all girls are fully their own": https://t.co/2njtz5vV4z
@leahrod via @GlblCtzn#SWOP2020

“Many girls are forced to drop out of school in order to undergo initiation rites”, which often include inaccurate information about sexual and reproductive health, the chieftainess noted.

And in some cases, young people are encouraged to “practice” sexual activity that can lead to sexually transmitted infections, including HIV, as well as unintended pregnancy.

“[I] instructed the traditional counsellors who conduct the initiation rites to revise the curriculum to focus only on progressive topics and cultural practices that promote respect for human rights” Chieftainess Kawaza said.

“I have also issued a directive for all traditional ceremonies to take place only during school holidays”.

The Chieftainess has seen a transformation in perceptions around these practices, and not just in Zambia. Similar efforts are helping to change beliefs and practices all around the world, a new publication shows.

How Changing Social Norms is Crucial in Achieving Gender Equality demonstrates how this approach has successfully helped to end harmful customs in different regions of the world.

It also highlights common steps that can be applied to changing all kinds of discriminatory norms to achieve gender equality.

A recipe for change

“The second element is discussion, value deliberation and education. It can take place in girls’ schools, among parents groups, through television and radio, or in open spaces,” said Nafissatou Diop, UNFPA’s chief of gender and human rights, who spearheaded the new publication. “Diverse forces and ideas and positions need to be confronted and need to come together in that discussion”.

The key, experts say, is empowering community members to deliberate on how their practices relate to their own deeply held values. And this leads to transformation.

The steps – the identification of a harmful norm, advocacy by prominent individuals, the exchange of experiences and perspectives within the community, and finally calls for change – can arise organically or be applied deliberately, the new publication notes.

The approach has successfully driven collective action around the world, reaching millions.

“One of the successful interventions has been the public declarations of the abandonment of female genital mutilation”, said Lacina Zerbo, who works for UNFPA in Burkina Faso. “More than four million people have publicly abandoned FGM”. 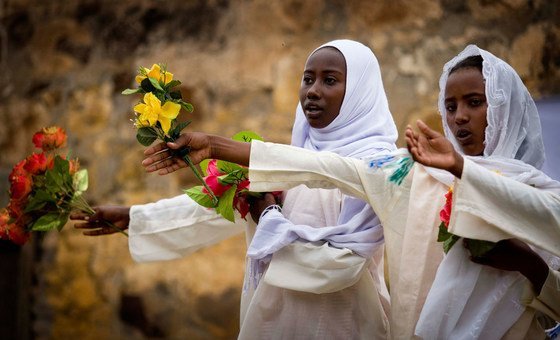 Supported by the UNFPA-UNICEF Joint Programme on the Elimination of FGM, similar efforts have reached more than 34 million people in 16 countries and have led to a raft of new laws and policies.

The process, Mr. Zerbo said, depends on “creating trust between community members and influencers or decision-makers”.

She maintained that they can be traditional, religious or political leaders, depending on the context.

Community members should be encouraged to listen to and reflect on new ideas.

“The second element is discussion, value deliberation and education. It can take place in girls’ schools, among parents groups, through television and radio, or in open spaces,” Ms. Diop said. “Diverse forces and ideas and positions need to be confronted and need to come together in that discussion”.

Abandoning detrimental norms is a normal part of progress.

Ms. Diop pointed out that “from foot binding to different types of gender violence”, over the last few centuries communities have gradually and collectively halted discriminatory social standards.

Recently, with digital platforms and social media, new ideas are never more than a click away and marginalized voices around the world are being amplified.

“With social media, people are able to galvanize and activate change in any part of the world, especially among those battling discriminatory norms,” said Ms. Diop, emphasizing the importance of empowering marginalized groups raise their voices.

“Social media has given communities, and youth, in particular, the power of unity to drive collective change. And this is what we need: collective behaviour to make changes that make the world a more equal place”, she concluded. 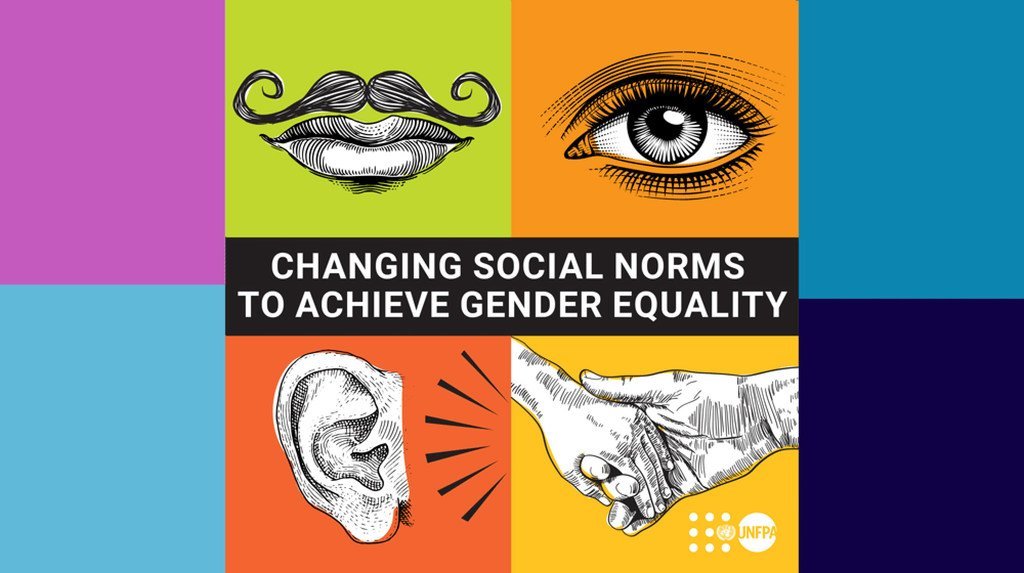 UNFPA
Changing harmful social norms makes a difference for women and girls around the world.