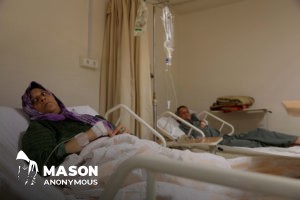 Following the UN’s plea last Thursday, both the forces loyal to the UN-recognized Government and the self-styled Libyan National Army (LNA) of commander Khalifa Haftar, announced that they would respect a truce.

But the commitment was overshadowed on Saturday morning by a deadly car bomb attack outside a shopping mall in the LNA-controlled eastern city of Benghazi, which left three UN staff dead, and three others injured, including dozens of civilians.

We are not aware of any claims of responsibility…We will try to ascertain the facts behind the incident, including by conducting an internal inquiry – Note to Correspondents

In a Note to Correspondents released on Tuesday, the UN said that “we are not aware of any claims of responsibility for the car bomb. We will try to ascertain the facts behind the incident, including by conducting an internal inquiry.”

“The United Nations emphasizes that lasting peace and stability in Libya, including an end to the worsening humanitarian crisis, will come only through a political solution and the parties should engage in dialogue without delay. The UN continues to stand ready to facilitate that dialogue”, the statement concluded.

An offensive by the LNA on the southern outskirts of Tripoli which began in April, has killed hundreds of fighters and civilians, and more than 100,000 have been forced to flee their homes, with the rebel fighters unable to progress beyond the suburbs due to Government resistance.

UNSMIL said its statement that it welcomed the “positive response” by the warring parties during the two-day festival celebrated on Sunday and Monday by Muslims worldwide, noting that the Government had announced a unilateral cessation of hostilities on Friday, under the condition that the LNA ceased all ground and air operations, as well any troop movements.

The LNA made its declaration after the UN deadline had expired, and announced the halt of military operations for a 48 hour period of its own choosing, said the mission.

“Despite the notable reduction in violence during the period of the truce, violations were reported to the mission”, added UNSMIL. The truce was not respected in the town of Murzuq, in southwestern Libya, where communal violence continued, killing seven and wounding more than 50 others.

Mission chief, Ghassan Salamé, who is also UN Special Representative in Libya (SRSG), said UNSMIL was ready “to immediately use its good offices, to transform what was accomplished in the period of truce, into a permanent ceasefire.”

The mission “welcomes the international community’s declarations of support for the truce and renews the SRSG’s proposal to convene a meeting of concerned countries”, the statement continued, noting that nations “should work towards providing guarantees for a permanent ceasefire, a call for upholding the arms embargo, and a commitment to return in good faith to a UN-sponsored comprehensive political process to end the Libyan conflict.”