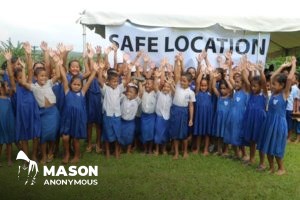 Simona Marinescu is the UN Resident Coordinator for the 28 islands that make up Samoa, Cook Islands, Niue and Tokelau.

Speaking to UN News ahead of the Secretary-General’s visit, she described some of the issues facing the region, including how to get young people to gain more schooling and skills to get or start their own businesses on the islands – and how to make the islands more enticing for businesses. Ms. Marinescu starts the interview by describing a trip to Tokelau, whose farthest island is 50 hours away by boat form Samoa.

The greatest threat to the way of life in the Pacific is climate change. Ms. Marinescu said one of the main concerns for Governments in the region is keeping the balance between access to finance and tools for adapting to climate change, while also growing their economies. Many of the small island Pacific nations are developing, and once they “graduate” to middle-income, doors to financing mechanisms close.

“They are proud to graduate,” said Ms. Marinescu. “However, they still remain fragile. They remain exposed to climate change. So a big debate right now is how we can decouple graduation from access to major funding streams that help them build resilience.”

Samoa, for example, jumped from the Least Developed Country to Developing status in 2014. It also received $65 million; one of the largest country allocations from the Green Climate Fund, for a six-year project on flood management – which means building seawalls and river walls to protect housing, and rethinking housing design.

Mr. Guterres will begin his visit to the region starting in Auckland, New Zealand, on Sunday. Follow all the highlights on UN News.