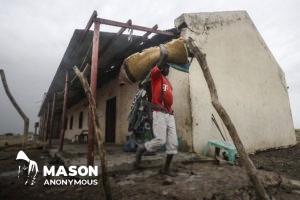 Special Representative and head of the UN Mission in South Sudan (UNMISS), David Shearer, was briefing the Security Council in New York on efforts to build a durable peace and protect civilians from the ravages of a brutal conflict that erupted between forces loyal to President Salva Kiir, and his former deputy, Riek Machar, in 2013.

Last September, a revitalized peace agreement was signed between the two, and it has largely held: “The drop in political violence…has meant hundreds, if not thousands of people are alive, who otherwise would not be”, said Mr. Shearer.

According to UN figures, more than half a million South Sudanese have chosen to return home, including more than 210,000 refugees from neighbouring countries.

If at a local level, former bitter enemies can put the past behind them and reconcile, their national leaders must do the same – UNMISS chief, David Shearer

“These positive signs come from a very low base. But it’s a glimmer of what is possible with peace. And it is vital that this trend continues”, he said. “Since the signing of the peace agreement, more than 110 rapprochements have occurred in communities around the country. UNMISS directly facilitated more than a quarter of these.”

Based on direct experience, the UNMISS chief said that the pace of dialogue and peacebuilding “at the grassroots level, is moving much faster than amongst the elites negotiating nationally. The country’s politicians need to listen to the mood of the people and follow the lead set by these local communities.”

Even though 79 per cent of people interviewed in a survey reported that a member of their immediate family had been killed in the civil war, a remarkable 89 per cent still believe “there will be lasting peace by the end of the year,” he said.

“Let’s be frank. The fighting has stopped because the leaders ordered their soldiers to stop. If it resumes – against the will of the people – it will be because those same leaders want it, and ordered it, to happen.”

He said the latest delay until November, in forming a united transitional Government, had to be the last, adding that more face-to-face meetings between the President and his former deputy were essential: “If at a local level, if former bitter enemies can put the past behind them and reconcile, their national leaders must do the same. These leader-to-leader meetings, preferably held in Juba (South Sudan’s capital), are critical because trust and confidence can’t cold start the day a new unified Government is formed.”

Mr. Shearer said the safe and voluntary return of internally-displaced and refugees, should be seen in the context of the 2.3 million South Sudanese still living as refugees, and nearly two million IDPs. But prior to the revitalized peace deal, he noted, there were around 18,000 choosing to go home, compared with 76,000 each month today.

He said the most common reason why IDPs were reluctant to leave Protection of Civilian sites now, was so as not to interrupt their children’s education, not a fear of insecurity.

“Our protection role will naturally diminish if there is peace. We can then look to adjust our troop requirements accordingly, while continuing our mediation and peace building actions,” said Mr. Shearer, formerly a top politician in his native New Zealand.

‘No significant action’ taken against perpetrators of alleged war crimes

Briefing Council members next, was Assistant Secretary-General for Human Rights, Andrew Gilmour, who said the rights division of UNMISS had documented a “significant and welcome decrease” in overall violations and abuses by men in uniform – both Government and opposition – across the country.

But a “major exception” was “the continued prevalence of sexual violence” which peaked in Bentiu at the end of last year. In Central Equatoria today, Government and opposition fighters continue to clash, generating reports of harrowing abuse, said Mr. Gilmour, who noted that inter-communal violence had evolved from traditional grievances, to political ones, remaining a serious concern.

“Despite the existence of a body of evidence that war crimes and crimes against humanity have taken place in South Sudan, no significant action has been taken against the perpetrators”, he said. “Today, a general culture of impunity persists…and continues to fuel acts of violence against civilians.”

To break the cycle, the senior rights official said it was vital “to ensure that the transitional justice mechanisms outlined in the peace agreement, are implemented.”

He asked the Council to urge Government and opposition to abide by and implement their commitments, and rein in sexual violence. Finally, he called on “the entire international community to stop the cycle of impunity” and realize a court process to provide justice, for the victims of the brutal conflict.