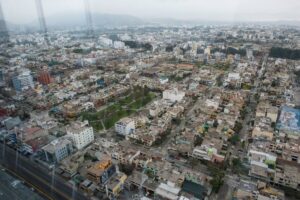 Moreover, it added that the country also failed to investigate and prosecute those responsible.

“Any use of force must be in line with the fundamental principles of legality, necessity, and proportionality,” said Committee member Carlos Gómez Martínez.

The Committee issued its findings after reviewing a petition case filed by relatives of Emiliano García Mendoza and Rubén Pariona Camposano who, along with around 700 others, took part in an agrarian protest in the Ayacucho Region of south-central Peru.

When the demonstrators walked to a street manned by 12 law enforcement officers, the police officer-in-charge threw a tear-gas canister into the crowd.

As the demonstrators dispersed, two shots were heard before both men fell to the ground bleeding profusely from head wounds. They died instantly.

“During peaceful demonstrations, potentially lethal force by law enforcement officers must be an extreme measure that can only be used when strictly necessary to protect life or prevent serious injury from an imminent threat,” Mr. Gómez Martínez reminded.

The provincial prosecutor filed criminal charges against a police officer, who admitted having used his weapon, for aggravated homicide, seeking a sentence of 30 years in prison.

The Committee’s decision also emphasized that States are responsible for taking all measures needed to prevent arbitrary deprivation of life by their law enforcement officials.

“Firearms should never be used for the sole purpose of dispersing an assembly,” he added.

According to the Committee, judicial investigations into the two homicides were not carried out properly.

In the most significant incident, the defendant police officer turned his gun in to the armoury, rather than the forensics department – and the subsequent test on the weapon indicated that it bore no signs of having been fired.

As a result, the High Court acquitted the defendant in 2013 and the Supreme Court of Justice upheld the acquittal in 2016.

The victims’ families thereafter submitted their petition to the UN Committee in 2017.

The Committee found that Peru violated the two deceased’s rights to life and to peaceful assembly, along with their relatives’ right to an effective remedy.

“According to the findings of the forensic report by the Institute of Forensic Medicine, the shots were fired from a distance of approximately 25 metres when Mr. García Mendoza and Mr. Pariona Camposano had their backs turned, meaning that the victims did not represent a danger to the police officers,” said Mr. Gómez Martínez. “There was therefore no legitimate grounds for opening fire on the two victims,” he added.

The Committee requested Peru to conduct a thorough and effective investigation into the events leading to the deaths, impose criminal and administrative penalties on all officers responsible, and provide adequate compensation for the harm suffered by the families.

“The arbitrary deprivation of life by the authorities is a matter of utmost gravity. The obligation to protect the right to life also requires States parties to investigate and prosecute potential cases of unlawful deprivation of life, punish perpetrators and provide full reparation,” he said.

More on the Committee

The Human Rights Committee monitors States parties’ adherence to the International Covenant on Civil and Political Rights, which to date has been ratified by 173 States parties.

It is made up of 18 independent human rights experts who serve in their personal capacity and not as representatives of States parties.