The election will mark just the third time that Somalia has had universal suffrage since independence in 1960.

UN Special Representative James Swan underscored the need to forge political consensus to realize what he described as the “ambitious agenda for 2020”.

2) "Progress on the ambitious agenda for 2020 will require a high degree of political consensus," @UN envoy James Swan tells Security Council, and flags need for #Somalia's Parliament to pass #electoral code and adopt amendments to political parties law before end of December. pic.twitter.com/yaf2ByEOly

“This will entail dialogue and compromise between the central government and Federal Member States; between the executive and legislature; between current office-holders and those now out of power; and between elite leaders and those community elders, civil society organizations, women’s and youth groups who give voice to so many Somalis”, he said.

Mr. Swan,  head of the UN Assistance Mission in Somalia (UNSOM), further highlighted the need for Parliament to pass the electoral code and adopt amendments to the political parties’ law before the end of this year.

“Any delay in this timeline puts the 2020 electoral calendar at risk,” he warned.

UN partner the African Union (AU) praised “commendable steps” towards reconciliation, including a meeting between Somali President Mohamed Abdullahi Mohamed Farmajo and two of his predecessors held in the capital, Mogadishu, on Wednesday.

Francisco Caetano José Madeira, head of the AU Mission in Somalia (AMISOM), acknowledged that while critical next steps towards the election are needed, there has been progress in reviewing the electoral bill over the past three months.

“We also witnessed the recent positive steps in the appointment of the National Electoral Security Task Force, the development of the draft concept note on the security for voter registration, and the provisionally approved list of voter registration sites,” said Mr. Caetano, who also is the Special Representative of the Chairperson of the AU Commission for the country. 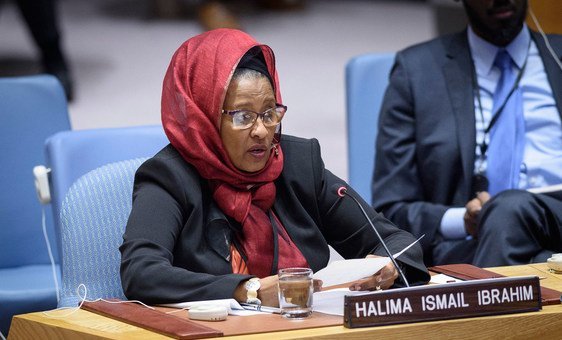 ‘Pivotal’ year ahead for Somalia and partners

Somalia last held one-person, one-vote elections in March 1969.  That October, the government was overthrown in a bloodless military coup.

Parliamentary and presidential elections took place in late 2016 and early 2017 through a system of indirect suffrage.

“The process was compromised by extensive vote buying.  There was a lot of corruption in that process, limited participation of women in the two houses, and complete exclusion of marginalized and minority groups,” she told ambassadors.

Despite ongoing insecurity, fragile institutions and other challenges, the 2020 election will be a “massive improvement” over the previous system, according to Osman Moallirn, Executive Director of Somalia Youth Development Network.

“A proportional representation system of this time, even if limited by the many challenges, will open up the political space and overcome many vested and corrupt interests in the status quo”, he said.

The forthcoming election is expected to cost $53 million, according to Ms. Ibrahim, the electoral commission chair.

She described 2020 as “a pivotal year” for Somalis, who have been denied the right to political participation for five decades.

She added that it also will mark a milestone for the international community, which has worked to promote democracy and good governance in her country.

“However, this is a milestone which can only be realized when the Somali leaders and the international community show a commitment to one-person, one-vote election to take place in 2020-21”, Ms. Ibrahim stated.