Every year, millions of tons of litter end up in the ocean, often having a direct and deadly impact on wildlife, from seabirds to whales, fish to invertebrates.

With that in mind, the UN and the EU campaign has tapped into growing awareness of the issue, aiming to boost ocean activism at the grassroots level, through concrete action.

“The fish can get stuck in plastic, the turtles can eat the glass and other things can poke some of them”, four year old Gustavo Johns.

Launched in 2017, the campaign allows people from around the world to volunteer and contribute to restoring the planet.

Portugal embraces the wave of change

Most of this year initiatives took place on the beautiful beaches of Portugal. The host country of the UN Ocean Conference in 2022 was responsible for cleaning up 175 beaches, which represents almost 70% of all the actions taken by campaigners.

One of them involved children from Park International, a school in Lisbon. Wearing gloves and carrying trash-bags the four year olds went to “Praia da Poça”, a popular little beach at the start of the Estoril – Cascais coast, with the mission of saving marine life.

According to the organizers, millions of tons of litter end up in the ocean every year, and marine animals can´t distinguish between trash and food. 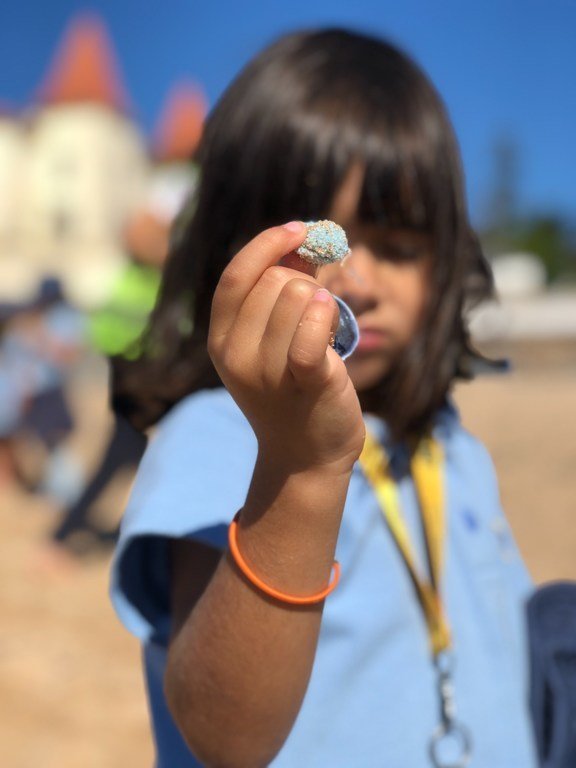 “The fish can get stuck in plastic, the turtles can eat the glass and other things can poke some of them”, student Gustavo Johns told UN News.

Bearing in mind the motto for the day, Together to protect marine life, the children removed litter from the beach and considered the different ways they could help protect ocean animals.

For Teresa Salema, the teacher who accompanied the kids to the beach, the action was important to “acquire the very important habit of not throwing trash on the floor, because the wind or the waves can bring it to the sea”.

“On their way to the beach, on the bus, they were singing: ‘Let’s save the animals! Let’s save the animals!’. They want to make sure that the ocean animals wouldn’t swallow trash, wouldn’t cough, or that any object would hurt the animals or kill them.”, Ms. Salema added, reminding that “actions like this also send and important message to the parents”.

Marine pollution starts on land and is one of the main drivers of the depletion of marine biodiversity. “Life Below Water” is goal number 14 of the Sustainable Development Goals, aiming to protect sea life and preserve oceans and seas and to significantly reduce by 2030 marine pollution of all kinds.

This year marks the beginning of the UN Decade of Ocean Science for Sustainable Development and the UN Decade on Ecosystem Restoration; campaigns designed to help protect our seas through scientific advancement and to resuscitate the planet’s declining ecosystems.