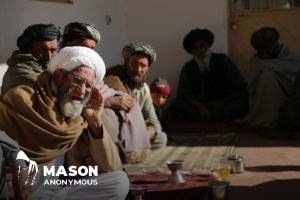 “Afghan citizens have displayed an enduring commitment to choosing their political leaders through elections in the face of threats and adverse security conditions”, affirmed Tadamichi Yamamoto, Special Representative for Afghanistan and head of the UN Assistance Mission in Afghanistan (UNAMA), adding that electoral management bodies, state institutions, political leaders, candidates and international partners “owe it to them to deliver credible and timely elections, and to accept the outcome of this process”.

Mr. Yamamoto told the Council that one year ago, the Afghan people celebrated an “unprecedented three-day Eid ceasefire” across the country, which afforded them a glimpse of “life without conflict”.

However, “the ensuing twelve months have also shown how arduous the path to peace is”, he continued, adding that the ceasefire at the end of the holy month of Ramadan was not repeated this year.

“Yet the foundations laid over the last year are not lost”, the UNAMA chief asserted, noting that six weeks ago, thousands gathered to exchange ideas on peace at the Consultative Peace Jirga, or council, and that grassroots movements continue to march for peace.

He pointed to the Independent Electoral Commission’s (IEC) decision to prioritize the election in September as giving “much-needed clarity to the electoral calendar”, although “timelines remain very tight”.

While the IEC has made recent progress, such as by finalizing an operational plan and budget, and initializing voter registration, he observed that “significant operational and technical challenges need to be overcome”, for credible elections to be conducted as scheduled.

“After last year’s highly controversial parliamentary elections and subsequent dismissals of all electoral commissioners, the most daunting task…is regaining public confidence”, Mr. Yamamoto stated. “The IEC needs to demonstrate that it can address the problems which marred the parliamentary elections and integrate the lessons learned into preparations for the upcoming vote”, including by training electoral staff, more robust outreach and the timely rollout of electoral technology.

Noting that the UN is currently working with the IEC and the Election Complaints Commission in the preparation stage, the Special Representative spelled out: “The political stakes are high and competition is intense.

“Vital political groundwork needs to be laid now to ensure that the vote will be credible, and the outcome accepted”, he maintained. “Afghanistan cannot afford a contentious and protracted post-election crisis which could result in a President with brittle democratic domestic legitimacy” and harm the peace process.

‘Come to the table’ and negotiate

Turning to the peace process, Mr. Yamamoto said he was “encouraged” by signs of increasing consultations between countries that are leading initiatives in support of a political settlement between the Afghan Government and the Taliban.

“The common message to the Taliban is clear: Come to the table and negotiate directly with the Afghan Government”, he stressed, calling upon nations with influence over the Taliban “to intensify their efforts towards this goal”.

Ultimately, however, he acknowledged that “there is no substitute for the Afghan people taking ownership and advancing their inclusive dialogue towards a peace process”.