As the UK’s longest-lived and longest-reigning Head of State, the 96-year-old Queen was widely admired for her “grace, dignity, and dedication around the world,” he said in a statement.

“She was a reassuring presence throughout decades of sweeping change, including the decolonization of Africa and Asia and the evolution of the Commonwealth”.

Queen Elizabeth II was “a good friend of the United Nations”, he said, recalling that she had visited New York Headquarters twice, more than fifty years apart.

“She was deeply committed to many charitable and environmental causes and spoke movingly to delegates at the COP26 climate talks in Glasgow,” recalled the UN chief.

“I would like to pay tribute to Queen Elizabeth II for her unwavering, lifelong dedication to serving her people”.

UN Photo/Mark Garten
Children present Queen Elizabeth II of the United Kingdom with a bouquet of flowers as she concludes her visit at UN Headquarters, New York.

Mr. Guterres extended his sincere condolences to her bereaved family, the Government and people of the United Kingdom of Great Britain and Northern Ireland, and the wider Commonwealth of Nations.

“The world will long remember her devotion and leadership,” he concluded.

Queen Elizabeth II died on the estate known as Balmoral Castle in Scotland, which had served as a royal summer retreat.

Over the past year, she had delegated some royal duties to her eldest son, Prince Charles, the heir to the throne, including presiding over the state opening of Parliament in May. It was the first time since 1963 that the Queen did not attend the ceremony.

The Queen passed during a fragile moment politically after Prime Minister Boris Johnson’s recent resignation. New Prime Minister Liz Truss travelled on Tuesday to the royal castle in Scotland, to be formally asked to form a government.

She became the 15th prime minister to hold office during the queen’s reign – the first was Winston Churchill.

Life of a queen

Queen Elizabeth II ascended to the throne following the death of her father King George VI on 6 February1952, at just 25 years of age.

She was crowned in June the following year.

In February, the UK kicked off a series of celebrations for the Queen’s Platinum Jubilee, marking 70 years of her service to the British Commonwealth.

Throughout her tenure, the Monarch served as a living link to World War II Britain, presided over a post-colonial era adjustment and saw the country through what some called “a bitter divorce” from the European Union during Brexit. 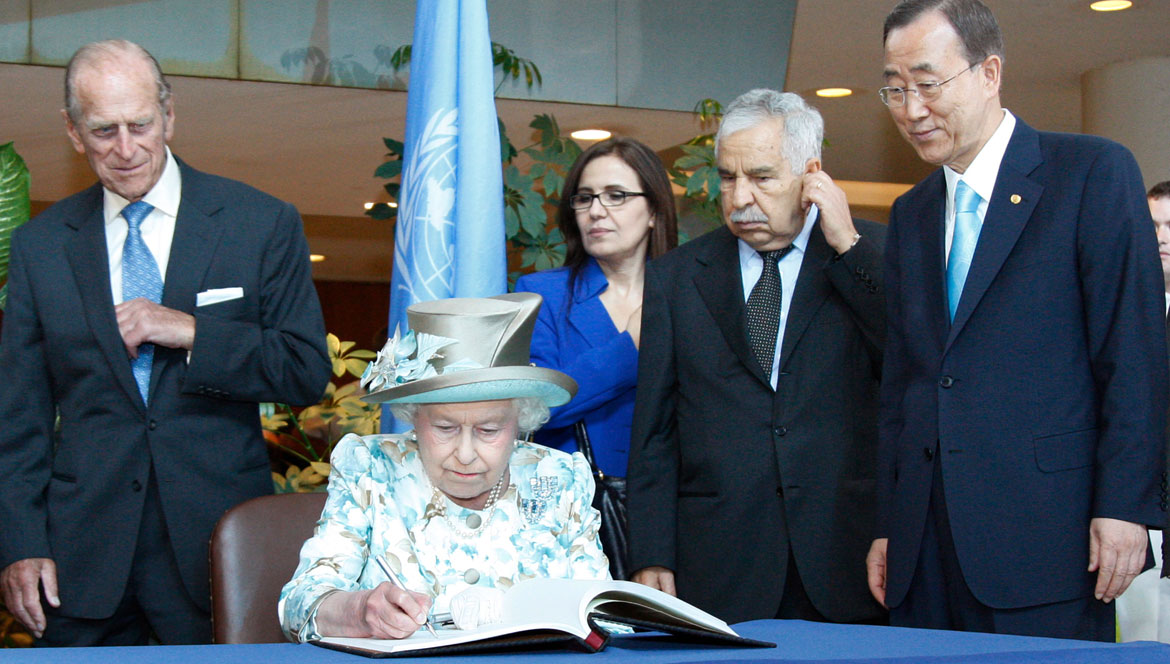 After the announcement of her death, crowds outside Buckingham Palace continued to grow significantly while others braved heavy rainfall at Balmoral.

The official website of the Royal Family was temporarily unavailable immediately following her passing but did post that the Queen had died peacefully.

It added that her son Charles and his wife Camilla, the King and Queen Consort, “will remain at Balmoral this evening and will return to London tomorrow”.

According to news media, there will be a 10-day mourning period before her funeral will take place.