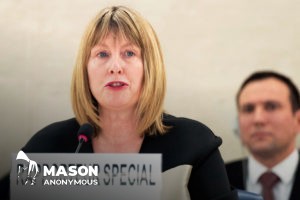 Remarking that the humanitarian initiative taken by Kazakhstan “safeguards the rights of vulnerable children and their mothers”, Fionnuala Ní Aoláin, Special Rapporteur on the promotion and protection of human rights and fundamental freedoms, called on other States in the region to follow suit.

Highlighting the pivotal role of Kazakhstan, the UN rights expert said in the statement that the country “has illustrated that it is practical and realistic to bring out women and children, and that the remaining responsibility to do so lies with multiple States”.

The UN rights expert added that this step “shows much needed leadership on the critical global issue” but raised concerns regarding Kazakhstan’s national law covering terrorism and extremism which often targets civil society groups, and “called on the Government to allow them to carry out activities as protected by international law”.

She also underlined her deep concerns that “religious minorities were subject to persistent and harsh application of domestic terrorism law”.

“The use of extremism laws against political groups and critical voices is a worrisome practice and detracts from the genuine and much-needed work globally of addressing distinct and certain terrorism challenges as defined by international law,” Ms. Ní Aoláin added, after concluding an eight-day visit to the country.

Speaking on her concerns about the fairness of investigations and closed trials in cases of terrorism and extremism, Ms. Ní Aoláin said that “given the wide and problematic definitions of extremism under domestic law, such programming when based on religious or political identity contradicts fundamental human rights protections and raises clear concerns about discrimination directed at vulnerable groups”.

The Special Rapporteur called on all organisations working on issues of de-radicalisation in Kazakhstan, to fully implement human rights obligations in their work.

“Kazakhstan has a unique opportunity in this time of political transition to recalibrate its laws, to open up civil society space, to build on its long and deep tradition of religious pluralism and tolerance and to avoid the pitfall of using security as a means to limit the democratic and vibrant development of society as a whole,” Ms. Ní Aoláin concluded.

Terrorism as a global threat

In a report presented to the Security Council earlier this year, the UN Office of Counter-terrorism (UNOCT) said that ISIL terrorists remained a global threat – with the additional challenge posed by foreign terrorist fighters who either are leaving conflict zones, or those who are returning, or about to be released from prison at home.

In this context, radicalization in prison settings, is seen as a “particular challenge in Europe and Iraq” said the head of UNOCT, Vladimir Voronkov, emphasizing that the “recent ISIL losses should not lead to any complacency at any level.”