“From the smallest village to the global stage, the rule of law (ROL) is all that stands between peace and stability, and a brutal struggle for power and resources”, he said, arguing that it protects the vulnerable; prevents discrimination; bolsters trust in institutions; supports inclusive economies and societies; and is the first line of defence against atrocity crimes.

The UN chief painted a grim picture of civilians around the world suffering from devastating conflicts, rising poverty, and surging hunger, warning that “we are at grave risk of the Rule of Lawlessness”.

From illegally developing nuclear weapons to non-sanctioned use of force, “States continue to flout international law with impunity”, he continued. 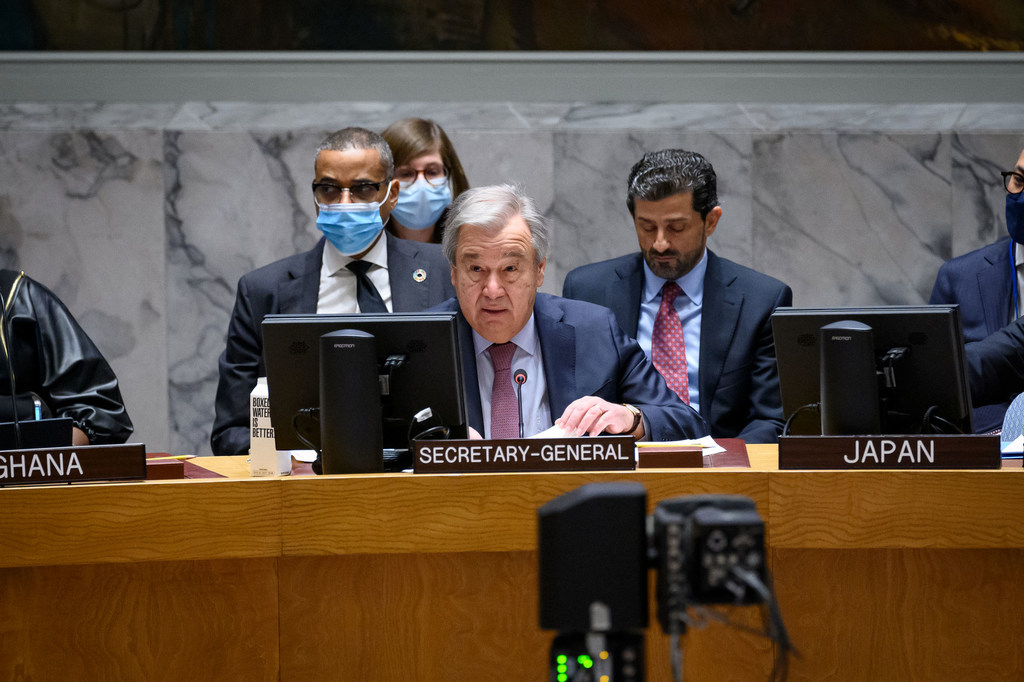 “As these examples illustrate, adherence to the rule of law is more important than ever. All Member States have a responsibility to uphold it at every turn”, stated the top UN official.

A role to play

Spotlighting the International Court of Justice (ICJ), Human Rights Council and its various Commissions of Inquiry, he reminded that UN entities and mechanisms promote and implement ROL.

Around the world, the UN is “mobilized against impunity and committed to holding perpetrators to account through fair, independent judicial proceedings”, said the UN chief.

“We also strengthen the rule of law by supporting victims and survivors and providing access to justice, remedy and reparation”.

Describing the ICJ as “an aspiration for accountability for the most serious crimes”, he noted the importance of accepting the Court’s “compulsory jurisdiction” and pointed to the Security Council as bearing “a special responsibility” in this.

The Secretary-General outlined how Member States can strengthen the Organization in promoting ROL by upholding the UN Charter, Declaration of Human Rights, and international law; settling disputes peacefully; advocating for equal rights for all; and committing to people’s self-determination and the “sovereign equality” of Member States.

“While the challenges are many, the primacy of the rule of law is essential to the maintenance of international peace and security and for peacebuilding efforts”, he underscored.

Negotiation, enquiry, mediation, conciliation, and arbitration, are all important tools for upholding the legal framework, according to the UN chief. 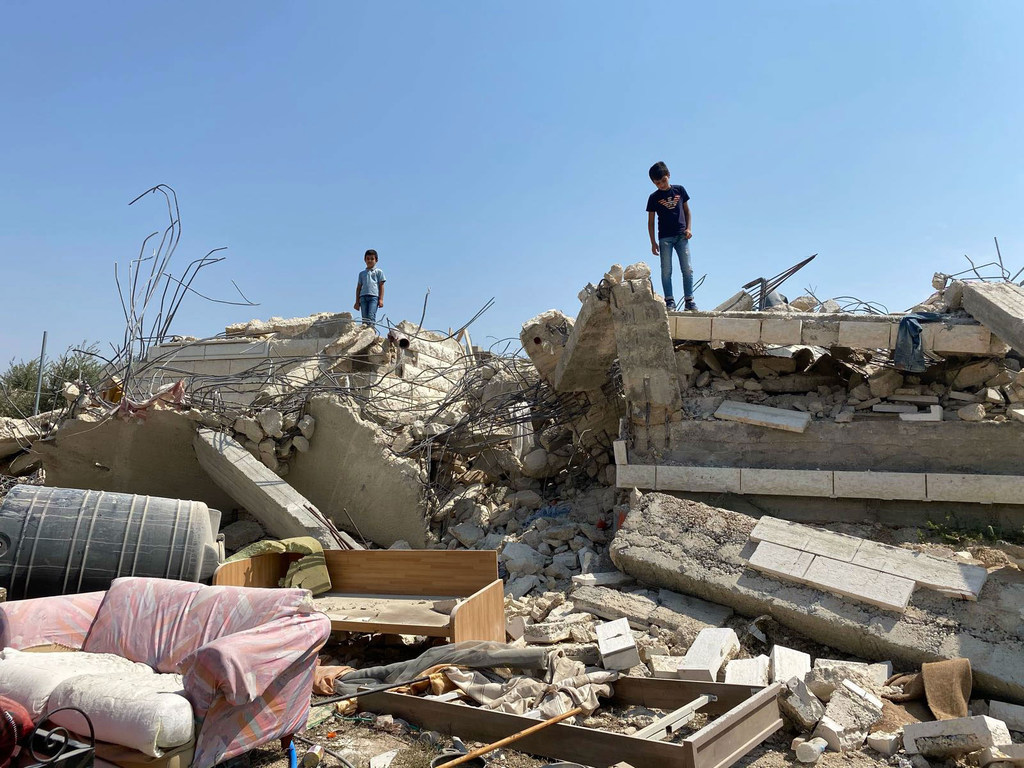 At the national level, he maintained that it builds trust between people and institutions; reduces corruption; and enables societies and economies to run smoothly.

Conversely, without legal rules in place, “impunity prevails, organized crime flourishes, and there is a high risk of violent conflict”.

He said the legal framework reinforced efforts to reach the 2030 Agenda and the Sustainable Development Goals (SDGs), saying that “poverty, injustice and exclusion can only be addressed through effective, non-discriminatory, inclusive public policies”.

The UN stands ready to support Member States through its country teams around the world.

The Our Common Agenda report – a blueprint for global cooperation and reinvigorated multilateralism – calls for a new common acceptance of legal rules that provides an opportunity to reset and reinforce them across the board at the UN.

It sets out the links between the rule of law, human rights and development, and calls for a people-centred approach in which laws and justice are accessible to all.

This will also be reflected in the New Agenda for Peace.

“The rule of law is key to addressing existing and future challenges, from nuclear disarmament to the climate crisis, the collapse of biodiversity, pandemics and dangerous diseases”, said the UN chief, adding that it must adapt to the changing environment and technological advancements.

In closing, he observed that the UN’s “legitimacy, convening power and normative impact” puts it in a unique position to promote innovation and progress in accordance with legal rules.

The Security Council has “a critical role” in broadening the ROL too: “Together, let us commit to advancing the rule of law to create a more stable and secure world for all”. 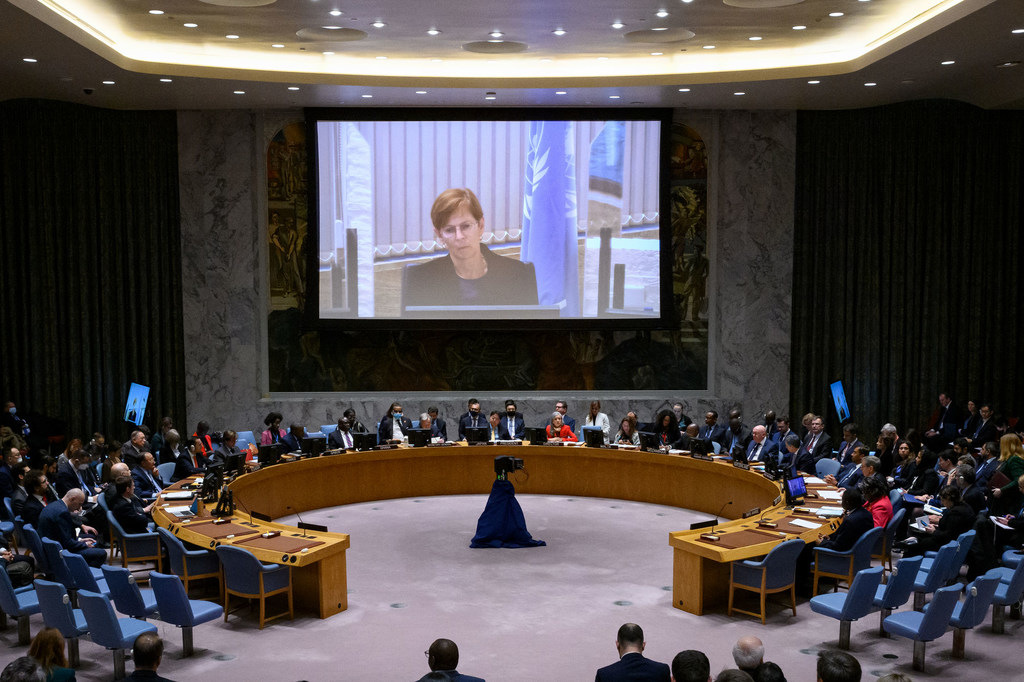 UN Photo/Loey Felipe
Joan E. Donoghue (on screen), President of the International Court of Justice, addresses the Security Council meeting on Rule of Law Among Nations.

Focusing on the peaceful settlement of international disputes, ICJ President Joan Donoghue said that States’ behaviour “largely determines whether the rule of law is being respected”.

Once proclaiming their fidelity at the international level, the Judge explained that they may “not settle their disputes by using or threatening force and must be prepared to have the legality of their conduct evaluated by international courts and tribunals”.

Acknowledging that States prize their autonomy and strive to safeguard whatever power they hold, she affirmed that at the international level, “the concept of the rule of law is in a constant battle with these competing tendencies” but assured that it is not time to “wave the white flag of surrender”.

From Oxford University, Public International Law Professor Dapo Akande, drew attention to individual members of the Security Council whose ultimate responsibility it is, along with all States, to ensure the observance of international law.

When the Council collectively fails to fulfill its responsibilities, other organs of the UN such as the General Assembly or the Secretariat, are left having to take responsibility for the maintenance of international peace and security and promoting the rule of law, he said.

States should be fulfilling their duty to take “lawful steps, to bring to an end, serious violations of the most important international law obligations”.