“People most vulnerable to HIV are often also the most marginalized in society,” said the UNAIDS Country Director for Indonesia, Krittayawan Boonto.

On Zero Discrimination Day, UNAIDS is highlighting the urgent need to act against discriminatory laws.

Laws in 18 countries legally allow husbands to prevent their wives from working.

On #ZeroDiscrimination Day, 1 March, we celebrate the right of everyone to live a full & productive life—and live it with dignity and free from discrimination.https://t.co/M1GnhlgnBl pic.twitter.com/7SELJnckTT

In many countries, legislation results in people being treated differently, excluded from essential services or being subject to undue restrictions on how they live their lives, simply because of who they are, what they do, or who they love, says UNAIDS.

States have a moral and legal obligation to remove discriminatory laws and to enact laws that protect people from discrimination.

And everyone has a responsibility to hold states accountable, push for positive change, and contribute to efforts to remove legalized discrimination.

Shelly recounted how she felt compelled to go from one treatment site to another, after overhearing nurses gossiping about patients’ medical histories, before landing at Jamaica AIDS Support for Life, on the Caribbean island.

“I felt uncomfortable. If I am hearing about other clients, other clients can come inside and hear about me as well,” she reasoned.

UNAIDS Country Director for Jamaica, Manoela Manova, explained that “comprehensive anti-discrimination legislation will strengthen the legal framework for the protection of human rights towards achieving equality for all.”

From addict to advocate

In 2016, when Peter learned of his HIV status, he left his business in Thailand because he didn’t know if he would live much longer. 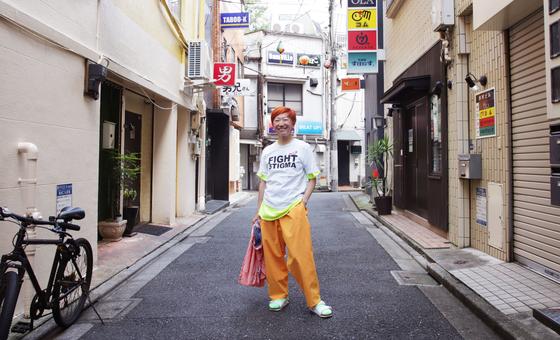 “Without guidance and mental health support, I had many misconceptions about HIV, and I started to suffer from depression,” he said.

Peter (or “Pete Living with HIV” as he’s known famously online) blamed himself for contracting HIV, became a drug user, broke up with his partner and attempted suicide.

“But after receiving support from local organizations of people living with HIV, I decided to retake control of my life…talk openly about HIV to help other young people [and] became an HIV activist”, he said.

In 2019, authorities in the southeast Asian nation announced the Thailand Partnership for Zero Discrimination, which calls for intensified collaboration between the government and civil society to work on stigma and discrimination beyond healthcare settings, including workplaces, the education and legal systems.

UNAIDS has been involved since the outset of the initiative, by providing technical assistance to formulate the zero discrimination strategy and the five-year action plan, develop a monitoring and evaluation plan and operationalize the strategy as a joint effort between the government and civil society.

Marking the day, the World Health Organization (WHO) underscored that everyone has the right to live a healthy, full and productive life with health care be provided to all, regardless of race/ethnicity, age, gender, religion, place of birth, health or other status.

The health sector has a critical role to play in ending discrimination experienced by both those giving and receiving care.

“All over the world, inequality, stigma and discrimination are, and have always been, drivers of diseases of all kinds,” tweeted WHO Director-General Tedros Adhanom Ghebreyesus, using the day to draw attention to “the numerous barriers that stand between people and the health services they need”.