Hunger and malnutrition are on the rise in areas affected by flood, drought and conflict, and some communities are likely to face starvation unless aid is sustained, and climate adaption measures are scaled up.

The proportion of people facing severe acute food insecurity in #SouthSudan is at the highest levels ever, surpassing that seen even during the conflict in 2013 and 2016.

Roughly two-thirds of the population, more than 7.7 million people, will not have enough to eat during the lean season next April through July, while 1.4 million children will be malnourished.

The IPC report is the work of the Food and Agriculture Organization (FAO), the UN Children’s Fund (UNICEF), and the World Food Programme (WFP).

It was released on the same day the UN Environment Programme (UNEP) published a report that urges the international community to make climate adaptation a priority.

The record proportion of South Sudan’s citizens facing crisis levels of food insecurity and malnourishment surpasses levels seen during conflict in 2013 and in 2016.

While a combination of factors has contributed to the crisis – namely violence, poor macroeconomic conditions, extreme climate events, and spiralling costs of food and fuel – funding for humanitarian programmes has also declined despite the rise in needs.

“We’ve been in famine prevention mode all year and have staved off the worst outcomes, but this is not enough,” said Makena Walker, WFP Acting Country Director.

“South Sudan is on the frontlines of the climate crisis and day in, day out families are losing their homes, cattle, fields and hope to extreme weather. Without humanitarian food assistance, millions more will find themselves in an increasingly dire situation and unable to provide even the most basic food for their families.”

The world’s youngest nation has been confronting a multi-year flood that is exacerbating already high levels of hunger caused by ongoing conflict and the global food crisis.

The flooding has heavily impacted central areas of the country, which also have the highest levels of food insecurity.

This potential exists, he said, as South Sudan produced some 840,000 tonnes of cereals in 2021, a difficult year with climate change, floods, conflict and other factors. 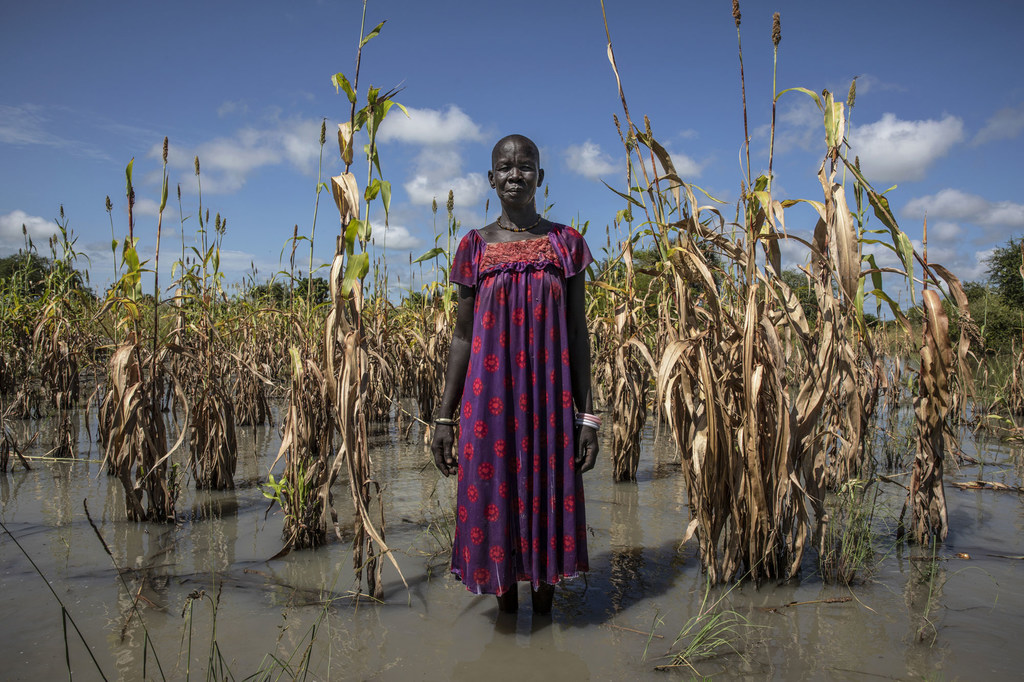 “With the current cereal deficit of 541,000 tonnes, urgent investment in rural livelihoods is needed to increase production and self-sufficiency,” he said.

Despite marginal improvements in food security across some parts of the country, the nutrition crisis is deepening.

All counties, except for one, are showing a deterioration in their nutrition situation through June 2023, including 44 counties where the situation is critical.

The UN agencies underscored the urgent need for funding, warning that they will be unable to preposition humanitarian assistance in time for the next year, which could push millions of families even deeper into hunger.

The proportion of people facing severe acute food insecurity in #SouthSudan is at the highest levels ever, surpassing that seen even during the conflict in 2013 and 2016.