Violations were committed during clashes between joint Government Forces and affiliated armed militias/groups on one hand, and elements of Sudan People’s Liberation Movement/Army in Opposition (SPLM/A-IO (RM)) – loyal to former Vice-President Riek Machar – on the other.

The report, which covers the period between 11 February and 31 May, is based on 32 verification missions conducted by UNMISS in the three counties of Koch, Leer, and Mayendit as well as in neighboring areas.

The violence and incursions have displaced approximately 44,000 civilians from at least 26 villages.

In addition to those killed, hostilities in southern Unity State have affected at least 28 villages and settlements — with approximately 12 injured, and 37 women and children abducted.

Many abductees were subjected to sexual violence, including girls as young as eight-years-old.

A total of 131 cases of rape and gang rape have been documented, including the case of one nine-year-old girl who was gang-raped to death.

UNMISS identified joint Government forces and allied militias/groups reportedly operating under the command of officials of Koch and Mayendit counties as the main perpetrators of the human rights violations and abuses.

The Secretary-General’s Head of Mission, Nicholas Haysom, said that human rights violations were committed with impunity: “the Government is duty-bound under international law to protect civilians, investigate allegations of human rights violations, and hold suspected perpetrators accountable in compliance with fair trial standards,” he stated. 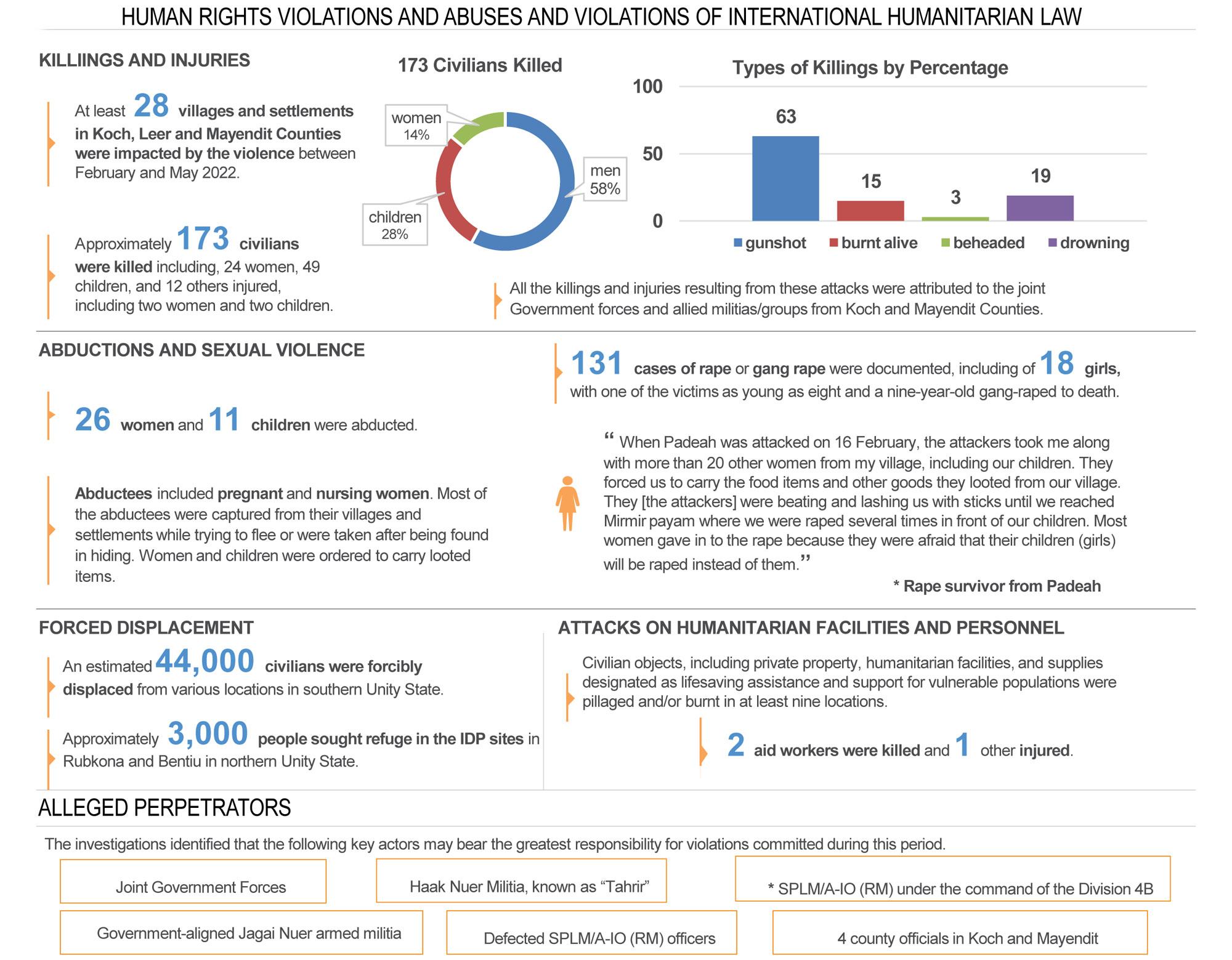