To stem the outbreak, the Ministry of Health has formed an emergency task force comprised of the World Health Organization (WHO), the UN Children’s Fund (UNICEF) and other partners, for a quick response and to increase surveillance.

“No child anywhere should suffer from polio, a completely preventable disease”, said Olushayo Olu, WHO Representative for South Sudan.

South Sudan 🇸🇸 & partners are vaccinating 1.5M children to protect them against the vaccine-derived poliovirus type 2 in 45 counties across the states of Warrap, Lakes, Eastern Equatoria, Northern & Western Bahr el Ghazal where cases have been confirmed. https://t.co/x5237sgjzU pic.twitter.com/7Mqi3KQeEP

Because immunization is the only way to stop the potentially deadly virus from spreading, South Sudan launched a campaign on Wednesday, aimed at vaccinating 1.5 million children against polio, according to WHO.

“There is a lot of love in every needle prick, that is how we are protecting the next generation”, said UNICEF South Sudan Representative, Mohamed Ayoya.

Ahead of and during the campaigns, social mobilizers will increase immunization awareness and participation by engaging communities and community leaders.

“I urge all parents to take their children for polio vaccination including those who have already been vaccinated”, encouraged the country’s Minister of Health, Elizabeth Achue. “It is safe to receive an additional dose and we want to make sure every child is protected”.

WHO pointed out that less than 50 per cent of the children in South Sudan are immunized against polio and other life-threatening diseases, putting them at risk of lifelong disability and death. 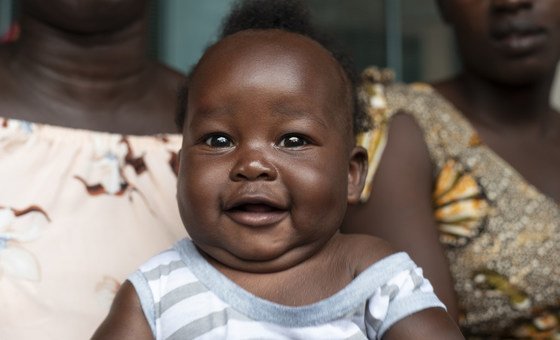 Moreover, widespread displacement and continual population movements compounded with COVID-19 restrictions, have further aggravated the country’s immunization coverage and have exacerbated children’s vulnerability to polio, especially those in hard-to-reach areas.

“Despite the ongoing COVID-19 pandemic and flooding [that is] sweeping much of the country, the campaign provides greater opportunity for vulnerable population to receive critical interventions that could avert life threatening disease such as disability from poliomyelitis”, said Dr. Olu.

On 25 August, South Sudan along with other African countries was declared polio free because there had not been any outbreaks of wild polio virus in the country for more than ten years.

To keep every child protected, effective and safe vaccines – along with the commitment of parents, other caregivers and health workers – that led to the virus’ eradication in 47 African countries must continue.

“Immunization is a must and complacency can kill”, the UNICEF representative underscored. “We must ensure all children in South Sudan are taken for routine immunization, which includes the polio vaccine, so this doesn’t happen again when the outbreak is curbed”.