Tatyana Mcfadden is considered the fastest woman in the world. She is a six-time US Paralympian and 20-time Paralympic medalist. She has won 23 World Major Marathons and has broken five world records in track and field.

Ms. Mcfadden was born with spina bifida and spent the first years of her life in an orphanage in Russia with little to no access to basic services – or even a wheelchair – before she was adopted by her mother, Deborah, who took her home to Maryland, in the United States.

Two decades later she still remembers what it was like living in those conditions, and those memories are at the heart of her fight for the rights of persons with disabilities and have helped her raise awareness about the need for them to have a voice in crucial issues such as climate change.

“I lived first-hand a life without adequate food and clean water, sometimes without heat or electricity, things that I don’t take for granted now. Fortunately, I was adopted at the age of six by a wonderful American family and I don’t have to live like this anymore. But with climate change, a lot of people living in developing countries are experiencing this,” she tells UN News.

Ms. Mcfadden says she has spoken about the struggle with her fellow Paralympic athletes coming from countries especially affected by climate change.

“There’s no question that climate change is a major worldwide challenge that really impacts all people. But in reality, it disproportionately impacts the disabled population,” she explains.

In the case of sports, athletes are feeling the heat raise up during their events.  Tokyo 2020 was an example of it, with record-breaking heat and humidity which made worldwide headlines and posed a danger for participants. 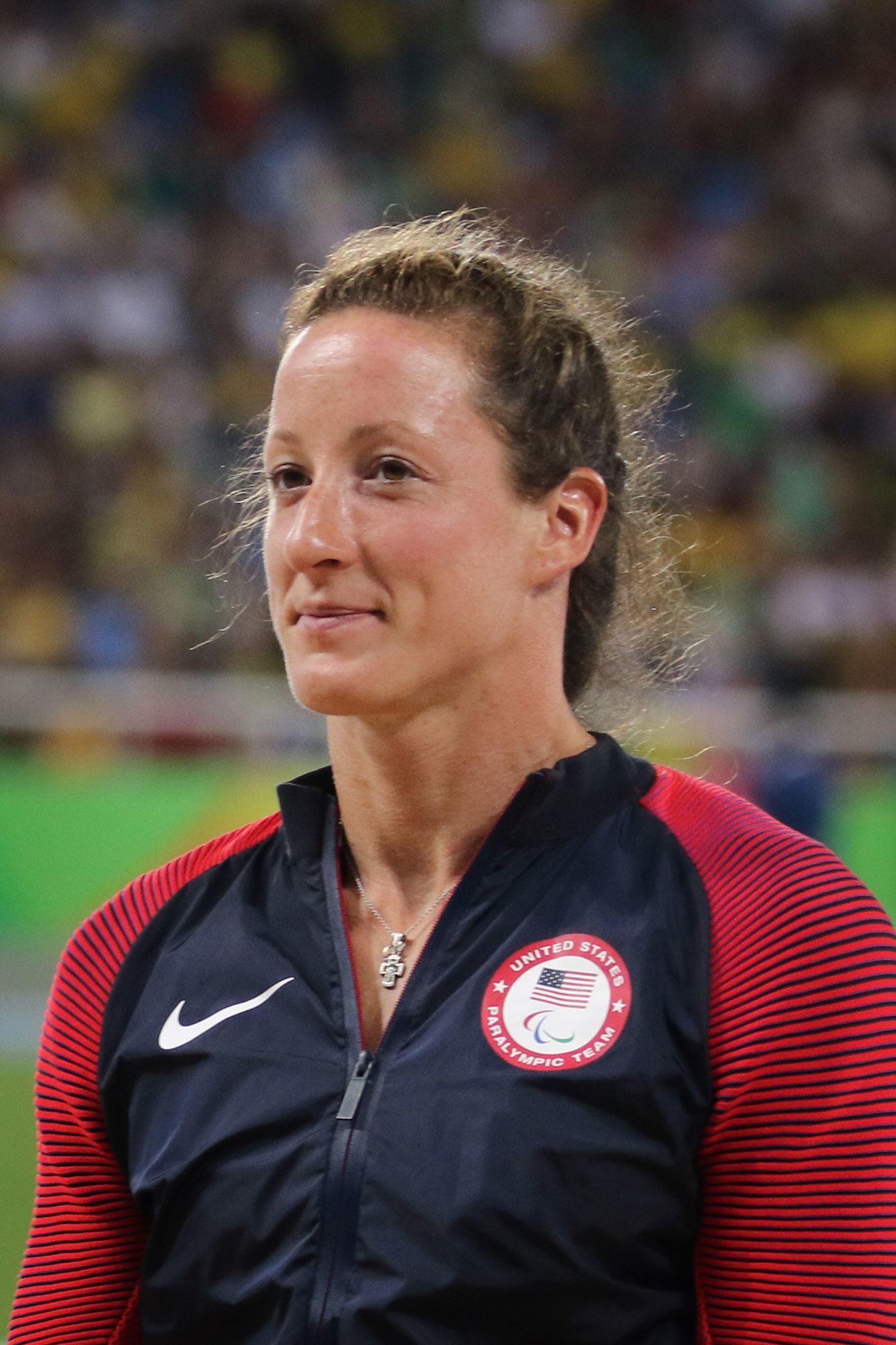 “This is directly related to hydration. As athletes we need to stay very hydrated. Having a disability, being paralyzed from the waist down causes circulation issues and for us hydration is already a very hard thing. You could get a heat stroke and die because you’re not getting enough”, she explains.

Nutrition is another big factor for competitors, which, believe it or not, can be a challenge for some athletes in certain countries.

Ms. Mcfadden learned that during the height of the COVID-19 pandemic, US advocates had to deliver food, healthcare and equipment to South African Paralympic athletes suffering from vulnerable conditions.

“This a really big [challenge] that we are facing, not only due to COVID but with the climate crisis. This hit personally because as an elite athlete, hydration and food are so important not only for performance but also for health in general and to see my own Paralympic athletes not having that is very difficult.

That’s why we need to be part of this discussion because those were my competitors. Many couldn’t go to Tokyo, for example, because they were living in situations like these,” she highlights.

A problem for the entire sports sector

According to a recent policy brief from the UN Department of Economic and Social affairs (DESA), the sports sector is indeed being impacted by the consequences of rising temperatures, heavier precipitations, and the increase of extreme weather events.

A recent study cited in the report showed that in a warming world, half of the former winter Olympic host cities will likely be unable to sponsor winter games by 2050 due to a lack of snow and ice.

In 2018, the elevated temperatures forced the US Open tennis tournament organizers to offer a “heat-break” to athletes. During the 2020 Australian Open, poor air quality caused by wildfires forced some tennis players to withdraw from the tournament.

By 2050, almost one fourth of England football league team’s stadiums (23 out of 92) are projected to be partially or totally flooded every year.

From youth leagues to collegiate teams, millions of athletes have already confronted some climate disruptions, and these will only magnify with time.

Of course, disruption of sports events might appear as a minor problem against a backdrop of food, energy and water insecurity forcing millions to migrate as climate impacts accelerate over the next few decades.

“But the magnitude of the crisis dictates that solutions must come from every sector, every nation, every voice with an idea. And it turns out, athletes are rising to the challenge and their contributions can make a difference,” the UN DESA policy brief explains.

The fact is, that the world of sport is in a unique position to display leadership in climate action and in mitigating the effects of climate change.

“This is personal to me. We want to make a change and how athletes like myself can do that? One, we have to talk about it. Second, to work with sponsors. They have such a huge external audience so it’s our job to talk to them about the importance of carbon footprint and the significance of zero carbon emissions…We also need to praise sponsors that are doing the work and making the big changes,” Tatyana Mcfadden emphasizes.

The role of sport

Sporting events also contribute to global warming. According to a Rapid Transition Alliance’s report, the global sport sector contributes the same level of emissions as a medium-sized country through their carbon footprint coming from transportation, constructions, sporting venues and the supply chains for sport-related equipment.

For example, it has been estimated that the 2016 Rio Olympics released 3.6 million tons of carbon dioxide, while the 2018 Russia World Cup released 2.16 million tons.

These kinds of assessments could underestimate the toll of climate change, as they do not include the impact of the construction of new stadiums, the water and energy consumed to support events and the food, plastic and other waste produced during events.

However, measures are being taken to reduce the carbon footprint of sporting events. For example,

The International Olympic Committee aims, by 2030, to move beyond carbon neutrality and make the games carbon negative.

Athletes like Ms. Macfadden have also started to raise their voices on the issue: last year for the COP26 climate change summit, over 50 global Olympians and Paralympians from Tokyo 2020 came together to advocate for ambitious actions from World Leaders during the summit.

According to DESA, sport can play an important role in educating and raising awareness towards global warming and more broadly environmental issues, including promoting a healthy, sustainable lifestyle.

In fact, a study found that fans are receptive to environmental initiatives, partaking in the efforts to reduce environmental footprints not only when attending sport events, but also in their everyday behaviors and as advocates within their local communities.

Targeted environmental sustainability campaigns therefore can be key in this process. In this, athletes and teams can serve as role models to their supporters using their elevated social status to educate individuals and communities on climate change, motivating them to change their lifestyles for the betterment of the planet.

Ms. Mcfadden was also part of the launch of WeThe15 campaign during the Tokyo 2020 Paralympic games which aims to shine a light on the 15 per cent of people worldwide who have a disability and fight barriers and discrimination.

“I see my future hopefully making a change and helping to increase the number of people with disabilities taking a well-deserved seat at the table, making sure that we are part of the conversation of climate change and doing our part to promote sustainability in the world,” the elite athlete hopes, while she prepares for Paris 2024, where the Olympic Committee is taking great strides to make it a sustainable event.

The athlete is also part of the celebration of the International Day of Sport for Development and Peace, which in 2022 is being highlighted at the UN during a virtual event with other elite athletes and Olympians, as well as major sporting groups including the 2022 Qatar World Cup organizing committee, and World Rugby.