In response to the country’s request for UN-backed international assistance, the Organization and other partners launched a joint Humanitarian Needs and Priorities (HNP) Plan to aid 1.7 million people worst-hit by the economic crisis.

Covering the period from June to September this year, it aims to address the most urgent needs – with a particular focus on healthcare and essential medicines, food and agriculture, including targeted nutrition services, safe drinking water; emergency livelihoods; and protection.

The 1.7 million people targeted under the HNP are among those whose livelihoods, food security and access to health services are most at risk.

“Sri Lanka’s once-strong healthcare system is now in jeopardy, livelihoods are suffering and the most vulnerable are facing the greatest impact,” she pointed out.

Sri Lanka is facing its worst economic crisis since independence in 1948.

Persistent fiscal deficits, a significant 2019 tax cut package, and the ravages of the COVID-19 pandemic has made Sri Lanka’s public debt burden unsustainable, while the collapse of tourism led foreign exchange receipts to plummet.

This, combined with food and energy price shocks earlier this year – exacerbated by the Ukraine war – have led to a debt and balance-of-payments crisis, according to the UN humanitarian office, OCHA.

Last month, food inflation stood at 57.4 per cent, while shortages of other key items, including fuel for cooking, transport, and industry, remain widespread.

In March, the Government had to declare daily electricity cuts due to the unavailability of imported fuel, and surveys show that about 11 per cent of households reported earning no income at all, while 62 per cent said that it had been reduced, slashing the money available for food.

At the same time, the currency has depreciated by 80 per cent currency depreciation since March, which foreign reserves continued to fall, further damaging the economy.

“Now is the time for the international community to show solidarity with the people of Sri Lanka,” said the Resident Coordinator.

The economic crisis has taken a severe toll on food security, agriculture, work, and access to vital health services.

Food production in the last harvest season was 40 to 50 per cent lower than last year, and current seed and fertilizer shortages, as well as lack of credit for food producers, threatens the next production cycle.

Prices have jumped significantly since the end of 2021, forcing families to resort to skipping meals, eating less expensive foods, or limiting portion sizes.

Nearly 22 per cent of the population need food assistance.

© WFP
Development and humanitarian partners in Sri Lanka estimate that nearly 5.7 million women, children and men are in need of immediate life-saving assistance.

Hundreds of essential medicines are out of stock, as are over 2,700 surgical items, and some 250 different essential laboratory items.

Meanwhile, power cuts and a lack of generator fuel have forced many hospitals to postpone routine and non-urgent surgeries.

“The UN and humanitarian partners are calling on donors, the private sector and individuals to urgently support this plan to provide life-saving assistance to the women, men, and children most affected by the crisis and thus prevent a deterioration of humanitarian needs in the country,” said Ms. Singer-Hamdy.

The ongoing crisis has also constrained government assistance, according to the World Food Programme (WFP).

In suspending national social safety net programmes, it has left women and children without this crucial lifeline.

And disruptions in the school meal programme – one of the largest safety nets in the country – limit nutritious meals to 25 per cent of schoolchildren.

Moreover, the ‘Thriposha’ nutritional support programme for pregnant women and young children has also been cut. Coupled with income losses, this could lead to higher rates of malnutrition for women and their children.

WFP said on Thursday that it will support the resumption of the Thriposha nutrition programme and provide cash assistance to enrolled or wait listed households in the national social safety net programmes – prioritizing children, women, and people with disabilities.

The UN agency will also provide food to children enrolled in the national school meal programme, which has seen funding cuts due to Government fiscal constraints.

Meanwhile WFP and the Food and Agriculture Organization (FAO) are compiling crop and food security assessments to help authorities better understand the impact of the economic crisis and help plan an adequate response. 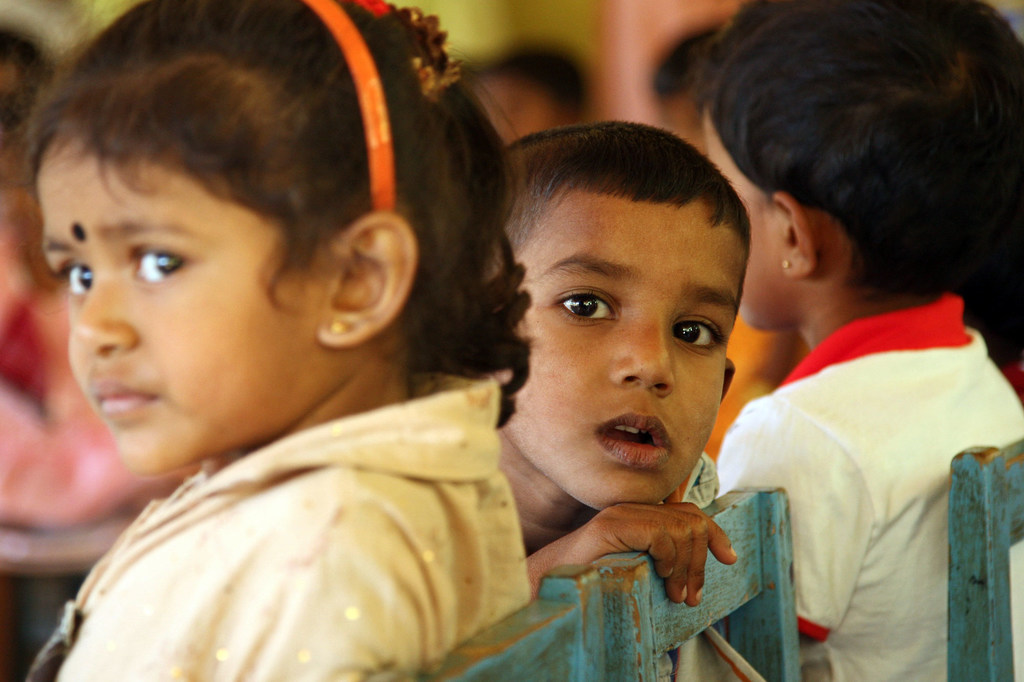