“LGBTI people are often exposed to additional stigma, discrimination and violence, including when seeking medical services – and perhaps saddest of all, within their own families during lock-downs”, the High Commissioner, Michelle Bachelet, said in her message for the day, on Monday.

“They are also in some places being treated as scapegoats for the spread of the virus”, she added, urging everyone to “stand up against hate, and to break the silence” surrounding the suffering imposed on LGBTI people.

On #IDAHOBIT, hear from an expert on how to take action for the rights, needs and strengths of LGBTIQ+ people. pic.twitter.com/p9xtusYYcu

Since the start of the pandemic, he pointed out in his message that the UN has documented a rise in discrimination, hate speech, social and economic exclusion, stigma and obstacles facing LGBTIQ+ people when it comes to accessing healthcare, education, employment and essential services.

“We have also seen disturbing efforts to roll back legal and social protections for their fundamental human rights”, said the UN chief.

As we work to recover better from the pandemic, he upheld the need to ensure equal rights by repealing discriminatory laws and addressing violence and discrimination based on sexual orientation, gender identity and sex characteristics – all pillars of the 2030 Agenda for Sustainable Development.

“Let us work together for an inclusive world where everyone can live free and equal in dignity and rights, no matter who they are, where they live or whom they love”, concluded the Secretary-General.

Meanwhile, as the virus continues to isolate people, separate families and devastate communities, it has also laid bare deep-rooted inequalities across societies and amplified injustices, especially against those already marginalized.

“Lesbian, gay, bisexual, trans and gender-diverse people, who are disproportionately represented in the ranks of the poor, the homeless, and those without healthcare, will be deeply impacted by the pandemic and, unless we take urgent action, this impact will be felt over generations”, the independent expert on sexual orientation and gender identity, Víctor Madrigal-Borloz, said in a joint statement on Friday.

Moreover, the “historical statement”, signed by 96 UN and international human rights experts, “forcefully recognizes” that the struggle against the COVID-19 pandemic is not being waged on a level playing field.

Criminalization laws in 70 countries have increased the risk of police abuse, arbitrary arrest and detention during curfews, and hindered meaningful data collection. 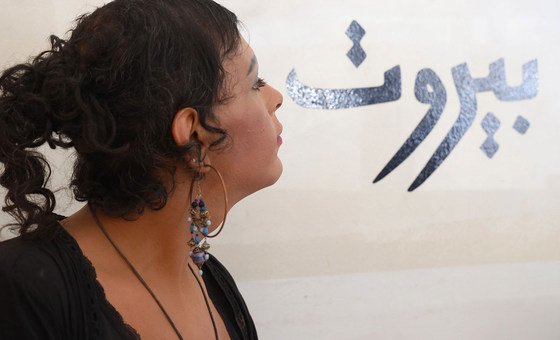 And several countries are using the pandemic as an excuse for persecution.

“Some States have enacted measures which intentionally target LGBT persons and communities under the guise of public health, including proposing legislation to deny trans and gender-diverse persons of their legal recognition”, said the UN expert.

He underlined that States should ensure that non-discriminatory pandemic-related measures are designed with the participation of LGBT communities.

UN Women pointed to “shocking accounts” of systemic racial discrimination and police brutality across the world.

“For centuries, white supremacy, the legacies of colonialism and imperialism, heteronormativity and binary gender norms have been used to justify violence and criminalization”.

“After experiencing, witnessing and struggling so much, only united can we heal from the harm caused and recover from the profound grief and intergenerational trauma caused at the hands of fellow citizens, States and institutions all over the world”, said UN Women.