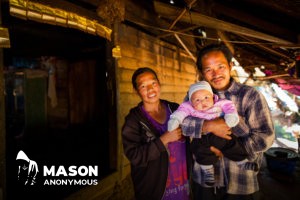 But that changed following the birth of her third child, Monluck, and the introduction of a nationwide child support grant worth just under US$20 per month. “I was so happy when I heard this news,” Mhee says. “Before, I didn’t have money to take my children to see doctors.”

The grant, for which 117,000 children from low-income families have been registered, was introduced by the Thai government following advocacy carried out by the UN Children’s Fund, UNICEF.

Read more here about how vulnerable families in Thailand are benefitting from child support payments.

The ‘core’ of the Sustainable Development Goals

It is an example of the type of partnerships that United Nations agencies are building with governments as part of a global push to realize the 17 sustainable development goals of the UN’s 2030 Agenda for Sustainable Development, which aims to eradicate poverty, and ensure that all people enjoy peace and prosperity while protecting the planet.

“Partnerships are at the core of the sustainable development goals,” said Deidre Boyd, the United Nations Resident Coordinator in Thailand, the UN’s most senior official in the country. “The goals are so ambitious, that it is clear everyone has to be involved.”

In Thailand, an upper middle-income country which “has dealt with many of the major issues of poverty and access to health services,” Ms Boyd said, “our role as the UN is to really strengthen the partnerships with people and organizations in Thailand to achieve the SDGs.”

What are they, and why are they needed?

While most of the goals focus on specific sectors, for example, health, hunger, decent work, climate and many more, SDG 17 reflects a holistic approach to implementing for the 2030 Agenda. It cuts across all the other goals and includes 19 targets that span finance, technology, capacity-building, trade and systemic issues, which focus on policy and institutional coherence.

It is, and the UN has said that the world should be doing better. “Despite some advances in certain areas in 2017, more needs to be done to accelerate progress. All stakeholders will have to intensify and focus their efforts on the areas where progress has been slow,” the UN Secretary-General António Guterres wrote in a recent report

The UN has also emphasized that countries should focus on partnership efforts that support the SDGs and which help to fill existing gaps in SDG implementation, be it ensuring that all girls and boys complete free, equitable and quality primary and secondary education, or that all forms of discrimination against all women and girls are ended.

So, what does this mean in practice? 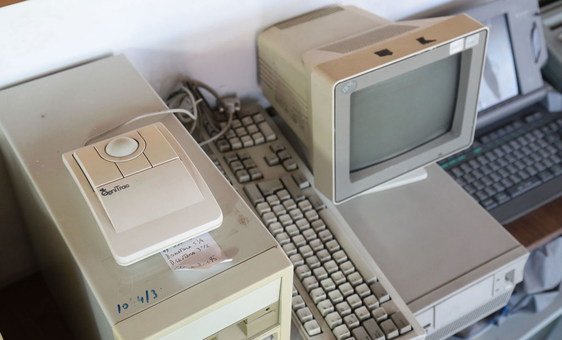 It means a lot of work going on behind the scenes, which, while not necessarily headline-grabbing, could have a profound effect on positive progress towards the goals. For example, measures to improve the capacity of national governments for tax and other revenue collection means those governments should have more money to spend on providing basic services like health and education. Partnerships to boost communications technology should result in more people in developing countries getting access to the internet. And working to “significantly increase the exports of developing countries, in particular with a view to doubling the least developed countries’ share of global exports by 2020”, as the goal explains, should bring more prosperity to some of the world’s poorest countries. “

The sharing of expertise and knowledge, including data, is also highlighted in SDG 17. In June 2019, the United Nations specialized agency for information and communication technologies, the International Telecommunication Union (ITU), launched a partnership to collect and provide data on electronic waste (for example, discarded television sets, mobile phones and computers and end-of-life batteries) which it describes as “the fastest growing part of the world’s domestic waste stream.” The idea is to use the data to help track progress towards global e-waste legislation and recycling goals.

How does this impact individuals?

The UN believes, “we are all in this together”, and that “change begins with you”, and encourages individuals to get involved in the SDGs generally by making small changes to their lifestyles, for example turning off lights to save electricity. On a partnerships level it suggests engaging, or partnering, with local and national authorities to participate in initiatives that don’t harm people or the planet.

And the UN suggests mentoring young people at work, adding that “it’s a thoughtful, inspiring and a powerful way to guide someone towards a better future.” The UN has even produced a guide showing how “lazy people” can get involved.

Yes, the United Nations has always worked in partnership with national governments, development partners, civil society, and the corporate world, as well as individuals, and SDG 17 is all about strengthening those partnerships and making sure they are more productive in terms of reaching the ambitious targets set out in the 16 other goals.

Sustainable development goal 17 seeks to strengthen global partnerships to support and achieve the ambitious targets of the 2030 Agenda, bringing together national governments, the international community, civil society, the private sector and other actors.