Students in the Haitian capital of Port-au-Prince are getting used to being back in class after gang violence closed their school for three years.

The Lycée National de La Saline, which reopened in January, is located in one of the poorest, most troubled and disadvantaged neighbourhoods of Port-au-Prince. Some 5000 people live in La Saline.

It closed after by five armed gangs attacked the neighbourhood on 13 and 14 November 2018, leaving 26 people dead. The youngest victim was just 10 months old and the oldest 72 years. In a report on the incident, the United Nations also said there were two cases of gang rape.

According to the report, residents of La Saline were “allegedly targeted for their supposed affiliation to rival armed gangs.”

The school was shuttered in the wake of that attack.

Education to change the world

Selina Apollon is back at school now but remembers the two days of attacks in 2018.

“It was a massacre. I was very afraid, everyone was afraid. Fortunately, I didn’t lose any family of friends,” she said.

Selina was one of the children who were able to enroll in a new school, although for many that involved long daily journeys. Others stayed at home for all three years – unable to maintain their studies. 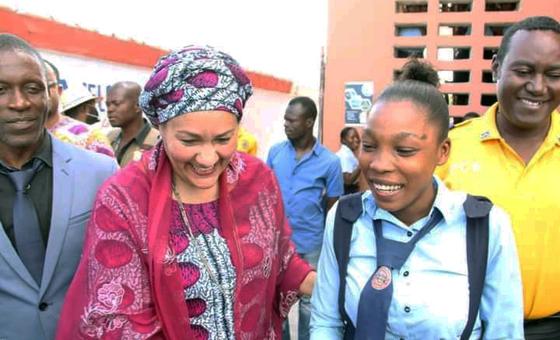 “I wanted to carry on studying, because without education I cannot succeed in life,” said the young student.

Today, Selina is reunited with all of her former classmates, including Jean Felix Jean who is the president of the student council.

“Our school is located in a disadvantaged, even difficult area, but despite everything we have experienced, we realize that we are the agents of change. Education is the most powerful thing we have to change the world, so we understand we must work hard and continue on to university.”

Selina and Felix, both passionate about their education, were able to advocate for all school children in Haiti when they met the UN Deputy Secretary-General, Amina Mohammed, who recently visited the Lycée National de La Saline.

“My question to Madame Amina is how can she support our community so we can finish our studies and carry on to university,” said Selina Apollon.

The UN is supporting the reopening of schools like Lycée National de La Saline.

Greeted by the student brass band, the UN Deputy Secretary-General toured the school which had received a fresh coat of paint and a new mural welcoming her to the compound. She greeted pupils in their classrooms and had this message for them.

“You have a huge opportunity to get an education; you are the future of Haiti,” she said. “Some of you want to be doctors or nurses. You can be anything you want with a good education and that begins at this school.”

The United Nations works closely with the government to improve access to free education and quality learning in order to make sure more children in the most vulnerable parts of Port-au-Prince and across Haiti are able to attend school.

“You have a big responsibility,” Ms Mohammed told the students, “because not everyone is in school, so you are privileged. You need to show your communities that to go to school leads to development, to progress.”

The UN estimates that more than 200 schools have closed under pressure from gangs as violence continues in Port-au-Prince. 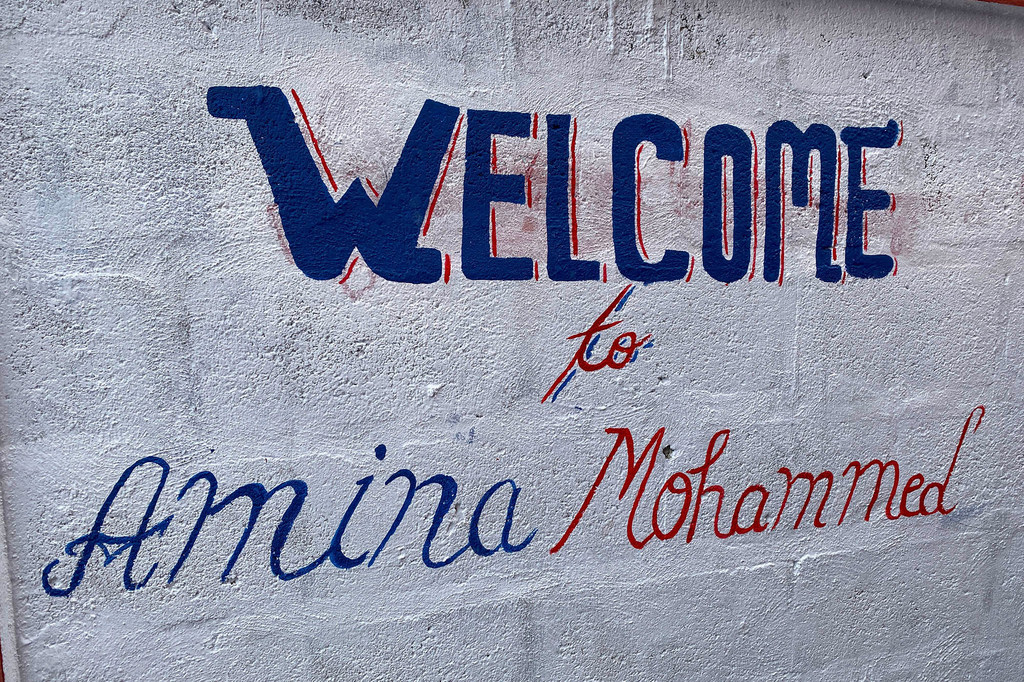 The longer children stay out of school, the more likely it is that the boys may end up joining gangs and girls may become pregnant. And child labor, sexual abuse or violence may also increase.

The Ministry of Education is pushing for more schools to open, so that students like Selina and Felix can get the education they deserve.

This aligns perfectly with the message that Amina Mohammed shared with the students of La Saline to realize their potential and make the most of their privileged positions.