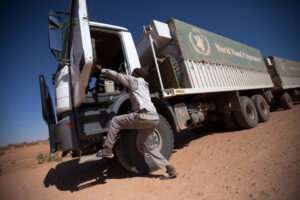 Over 1,900 metric tons of food commodities that were meant to feed 730,000 vulnerable people for a month were stolen.

The incident followed the looting and reported violence last week at the former UN-African Union Hybrid Operation (UNAMID) base in El Fasher.

#SUDAN: We are outraged by the senseless attacks in El Fasher, and strongly condemn the continued looting of @WFP assistance & the destruction of our assets.

As a result, we have been forced to suspend WFP operations in North Darfur, effective immediately. (1/2) pic.twitter.com/NDqDPNRJOS

In his statement, Secretary-General António Guterres called upon the Government of Sudan to restore order.

He stressed that the authorities must ensure that former UNAMID property and assets are strictly used for civilians – in conformity with the Framework Agreement the Government signed in March.

The UN chief also asked the Sudanese authorities to facilitate the safe working environment and passage for remaining UN operations in the region.

He concluded by thanking the UN civilian and uniformed personnel who remain on the ground under “challenging” circumstances.

WFP chief David Beasley tweeted his outrage over the “senseless attacks” in El Fasher and strongly condemned the continued looting and destruction of the agency’s assets.

“As a result, we have been forced to suspend WFP operations in North Darfur, effective immediately”, said Mr. Beasly.

The theft has robbed nearly two million Sudanese of the food and nutritional support they so desperately need.

“Not only is this a tremendous setback to WFP operations, but it endangers our staff and jeopardizes our ability to meet the needs of the most vulnerable families”, he added.

“This was food assistance meant for Sudan’s most vulnerable people. Humanitarian assistance should never be a target”, she underscored.

Currently, one in three people in Sudan needs humanitarian assistance – equivalent to an estimated 14.3 million individuals.

According to the 2022 Humanitarian Response Plan, 25 per cent of those people require food security and livelihoods support.

An attack like this, the coordinator explained, severely impedes the ability to deliver to the people who need it the most.

“We urgently ask all parties to adhere to humanitarian principles and allow the safe delivery of life-saving assistance”, Ms. N’diaye stated.

Earlier in the month, thousands of people took to the streets to mark the third anniversary of the uprising that led to the April 2019 overthrow of President Omar al-Bashir, who had ruled for three decades. 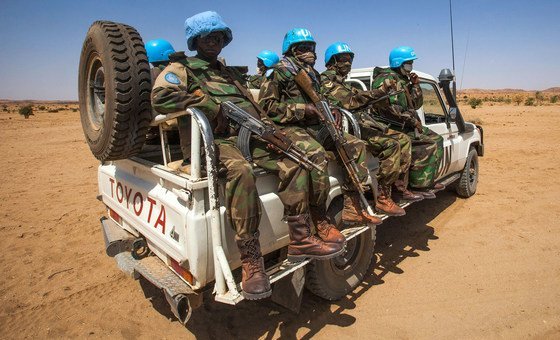 UNAMID troops on patrol in North Darfur., by UNAMID/Hamid Abdulsalam

Demonstrators who made for the presidential palace were also protesting October’s military coup and the political agreement signed later on 21 November.

UN officials and agencies expressed deep concern at the time over credible reports of serious human rights violations, including the use of rape and gang rape of women and girls, employed to disperse protesters.

As of 29 December, the security situation had been restored, according to State authorities.

Ms. N’diaye thanked the local authorities for preventing the situation from worsening but called upon the Government to step up efforts to protect and safeguard humanitarian premises and assets.