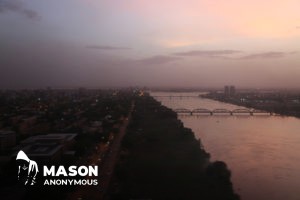 On Tuesday, the Transitional Military Council and the Declaration of Freedom and Change Forces, announced they had agreed a three-year transition period, but on Wednesday, the military reportedly announced that talks were being suspended for three days, demanding that protesters remove road blocks from a designated area of the capital Khartoum.

According to news reports, some demonstrators were shot as soldiers tried to clear the barricades, following similar violence on Monday which left at least six dead.

In a statement issued by his spokesperson, António Guterres urged negotiators on both sides “to maintain the positive momentum and reach agreement on the remaining details.”

“The Secretary-General is committed to continue working with the African Union in support of this process,” the statement continued. “The United Nations stands ready to support the Sudanese stakeholders in their efforts to build lasting and sustainable peace.”

The UN chief also stressed the “importance of upholding the human rights of all citizens and continuing to prioritize dialogue as a means to address outstanding differences. He also stresses the need to avoid any form of violence which could undermine the safety and security of the citizens as well as the stability of the country.”

Protests in Sudan against fuel and food prices began last December, and came to a head on 11 April, when military leaders announced that Mr. Bashir had been overthrown. Mass demonstrations have continued outside the army headquarters in the capital, demanding a return to civilian rule.