The South American country describes its new national plan as a “cost-effective pathway to decarbonization of substantiable economic development.”

But what does this all mean in terms of global efforts to reverse the warming of the planet? Read on for an explanation.

What are these plans and why are we hearing about them now?

Globally, 196 countries, plus the European Union, originally signed up to the Paris Agreement in 2015 which commits the international community to restrict global warming to “well below 2 degrees Celsius” and aim, if possible, for 1.5C.

It’s hoped that these ambitious targets will be met collectively by countries by setting distinct, individual or national goals known as Nationally Determined Contributions or NDCs. These NDCs are a key part of the Paris Agreement and are reviewed and updated every five years by the countries themselves. It’s now 2020, so all countries are expected to declare their amended NDCs. The Marshall Islands in the Pacific Ocean was the first nation to do so, Suriname is the second.

Is Suriname a big emitter of the greenhouse gasses which lead to climate change? 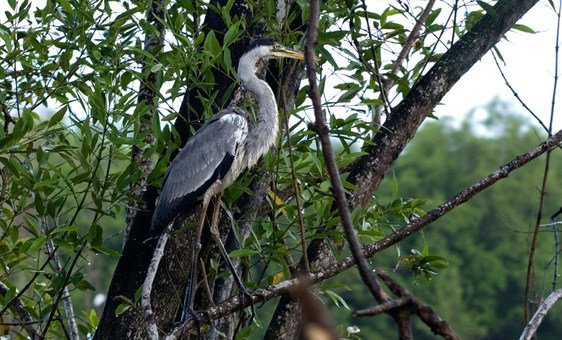 No, on the contrary Suriname stated as far back as 2014 that it had a carbon negative economy; that means that any global warming gasses it does produce, are offset by natural resources which absorb those gasses.

The South American country is 93 per cent covered by forest, which acts as a massive carbon sink; in other words, all those trees capture, or suck in, harmful carbon dioxide gas removing it from the atmosphere. Less carbon dioxide means less warming.

So why is Suriname’s update of its NDCs significant?

It’s significant on a number of levels, firstly as a statement that this small country is committed to fighting climate change but also as a reminder to other countries that they too must update their plans if the international community is going to reach the 2 degree Celsius target it agreed on in Paris five years ago.

And many of the smaller developing countries and especially island states, or those with low-lying coastal areas, are keen to push forward the new commitments because they are particularly susceptible to climate change, even though they have contributed least to the problem.

Suriname has a small population of just over half a million, and thus most infrastructure and economic activity is concentrated along its easily accessible Atlantic coast.

This coastal zone has already experienced extensive erosion and has suffered damage from heavy rainfall, flooding, higher temperatures during dry seasons and high winds; the types of natural phenomena (and in some cases disasters) which are expected to worsen with climate change.

Do the climate action plans of the world’s poorest countries account for the need for development? 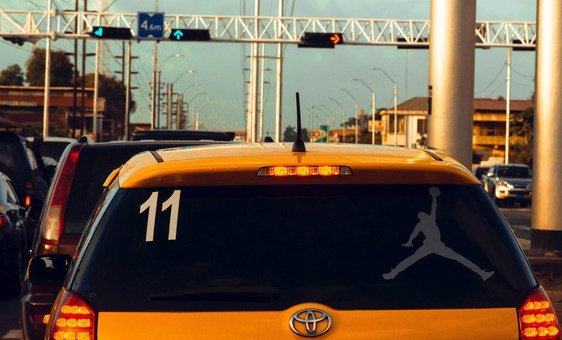 Unsplash | Traffic congestion in the city of Paramaribo, Suriname.

Absolutely, in fact all countries, rich and poor, are aiming to develop in a sustainable way by growing their economies and the wealth and social well-being of their citizens while finding ways to reverse climate change and protect the environment. So, when Suriname talks of a “cost-effective pathway to decarbonization of substantiable economic development”, it commits to maintaining the “integrity of natural forest acting as a carbon sink” while diversifying its economy with the aim of creating the conditions for sustainable development.

The significant difference between developing and developed countries is that the former, generally don’t have enough money to turn their plans into reality and that’s why richer countries and the private sector are being asked to step in and partner with the poorer countries. Suriname says its “NDC enhancement process” will cost US$696 million.

So, what are Suriname’s plans?

Suriname’s updated NDCs focus on four key areas; forests, electricity, agriculture and transport. It is committed to maintaining 93 per cent forest cover but says “significant international support is needed for the conservation of this valuable resource in perpetuity.”

Sustainable and “clean” electricity is also a priority and in its updated NDCs, Suriname has pledged to “maintain the share of electricity from renewable sources above 35% by 2030.”

Agriculture is the cause of 40 per cent of the country’s total emissions but also provides a valuable source of income. At the same time, the sector is strongly impacted by climate change, so Suriname is focusing on the development of climate-smart farming. That includes water resources management, the promotion of sustainable land management; and adopting innovative technologies, for example converting biomass into energy.

Transport is another large and growing source of carbon dioxide in the atmosphere, and plans have been announced to improve public transportation and introduce controls on vehicle emissions. 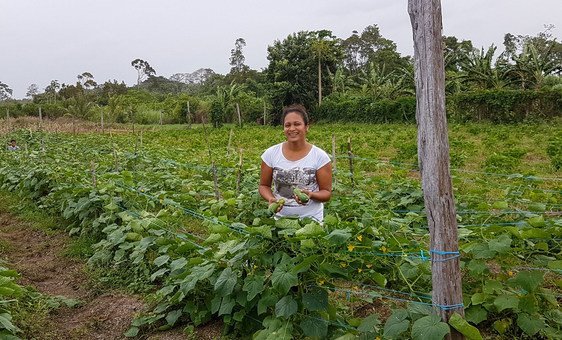 UNDP Suriname | Agriculture is an important part of the economy in Suriname.

It’s hoped and expected that more countries will update their NDCs during 2020 and present them at the next major international climate conference (known as COP26) to be held in Glasgow in the UK in November.

The UN Secretary-General António Guterres has said that “in Glasgow, governments must deliver the transformational change our world needs and that people demand, with much stronger ambition – ambition on mitigation, ambition on adaptation, and ambition on finance.”

Ultimately, the meeting should give a clear indication of whether the global community is on track to meet the 2 degrees Celsius target.

Read more here how the UN is supporting countries to enhance their NDCs.