Volker Türk, Under-Secretary-General for Policy laid out the “multiple, compounding risks” which are stacking up – from Russia’s invasion of Ukraine, to climate change, to the threats posed by emerging technologies.

“The number of violent conflicts is at the highest level since 1945 with terrible human consequences, seen in record levels of forced displacement and global humanitarian needs.

“Peacebuilding is the responsibility of the entire UN system – as was recognized in the landmark 2015 resolutions on the peacebuilding architecture”, he told participants.

“Our unique approach seeks to build a foundation for peaceful societies through addressing root causes and drivers of conflict.”

The policy chief pointed to examples in the Central African Republic, where the Secretary-General’s Peacebuilding Fund is supporting the implementation of the 2019 Political Agreement for Peace and Reconciliation, through improved violence prevention efforts in Bambari, in alliance with multiple UN and civil society organisations.

In the Democratic Republic of Congo’s restive and vast Kasai region, where UN peacekeeping mission, MONUSCO, is drawing down, the Fund has supported efforts to reintegrate nearly 500 ex-combatants.

Since 2018, the Secretary-General’s reports have presented many and various options for increasing, restructuring and better prioritizing funding dedicated to the UN’s peacebuilding activities, and “some progress” has been made, he stressed.

Voluntary contributions to the Fund have increased, allowing it to invest $195 million in 2021.

“But, progress is insufficient”, he warned.

Allocation targets have been cut for the past three years because of a lack of funding, and the UN is significantly short of the “quantum leap” needed, to $500 million per year.

“The Fund also remains wholly dependent on voluntary contributions from a small number of donors. In contrast, the needs in the areas of prevention and peacebuilding continue to increase.  Demand for support consistently outpaces resources.”

Financing, he added, is a “critical enabler” in the drive to more effective peacebuilding, “and the money is there.”

#HappeningNow I encourage every member state to advance possible solutions and make commitments to address the financing gap for prevention and peacebuilding.
– @UN_PGA at the High-Level Meeting of the General Assembly on #FinancingForPeacebuilding
📍#UNGA#InvestInPeace pic.twitter.com/TQGGQEj3zI

The costs of conflict are unsustainable, he added, called for new investment, as outlined in the report presented to the high-level meeting. Today, he said, was “an opportunity to get serious about the essential, targeted work of building peace.”

President of the General Assembly, Abdullah Shahid, noted that only a small part of global resources spent on security and development, were being invested in peacebuilding.

“It remains woefully underfunded and under resourced. To be clear, the goal of investing $500 million per year towards the Peacebuilding Fund is not yet being met.

“This financial gap weakens peacebuilding; financing is too unpredictable and inadequate for programmes that are intended to be long-term…Not only is this counterproductive to our intentions, it is likewise fiscally shortsighted. Investing in peacebuilding could end up resulting in net savings of five to 70 billion”, he declared.

He encouraged all Member States, to advance solutions, and make commitments, to address the financial gap for preventing conflict, and building the institutions necessary for long-term peace.

“I would remind Member States that peacebuilding is primarily a national challenge and responsibility”, he said. “National ownership is essential to achieving success and sustainability. In that regard, national capacity development must be central to all international peacebuilding efforts, including on the allocation of peacebuilding financing.

“Let us demonstrate greater political will to ensure adequate, sustainable and predictable financing for peacebuilding and sustaining peace.”

Chair of the UN’s intergovernmental advisory body, the Peacebuilding Commission, Rabab Fatima, said that the body elected by the General Assembly to aid conflict-affected nations, recognized that “adequate, predictable and sustained financing remains a critical challenge”.

The Chairperson, who is also Bangladeshi Ambassador to the UN, said the PBC was concerned about the fact that financial flows to conflict-affected countries “have been severely stressed”, particularly in terms of Official Development Assistance devoted to peacebuilding.

“The challenge is particularly acute for countries in transitions”, she said, amidst COVID-19 and public spending constraints.

“Considering the socio-economic impacts of the pandemic, particularly on conflict affected countries, the Commission reiterates the need to ensure that recovery and sustainable development efforts are conflict-sensitive and promote peacebuilding, including by focusing more on prevention and reducing inequalities.” 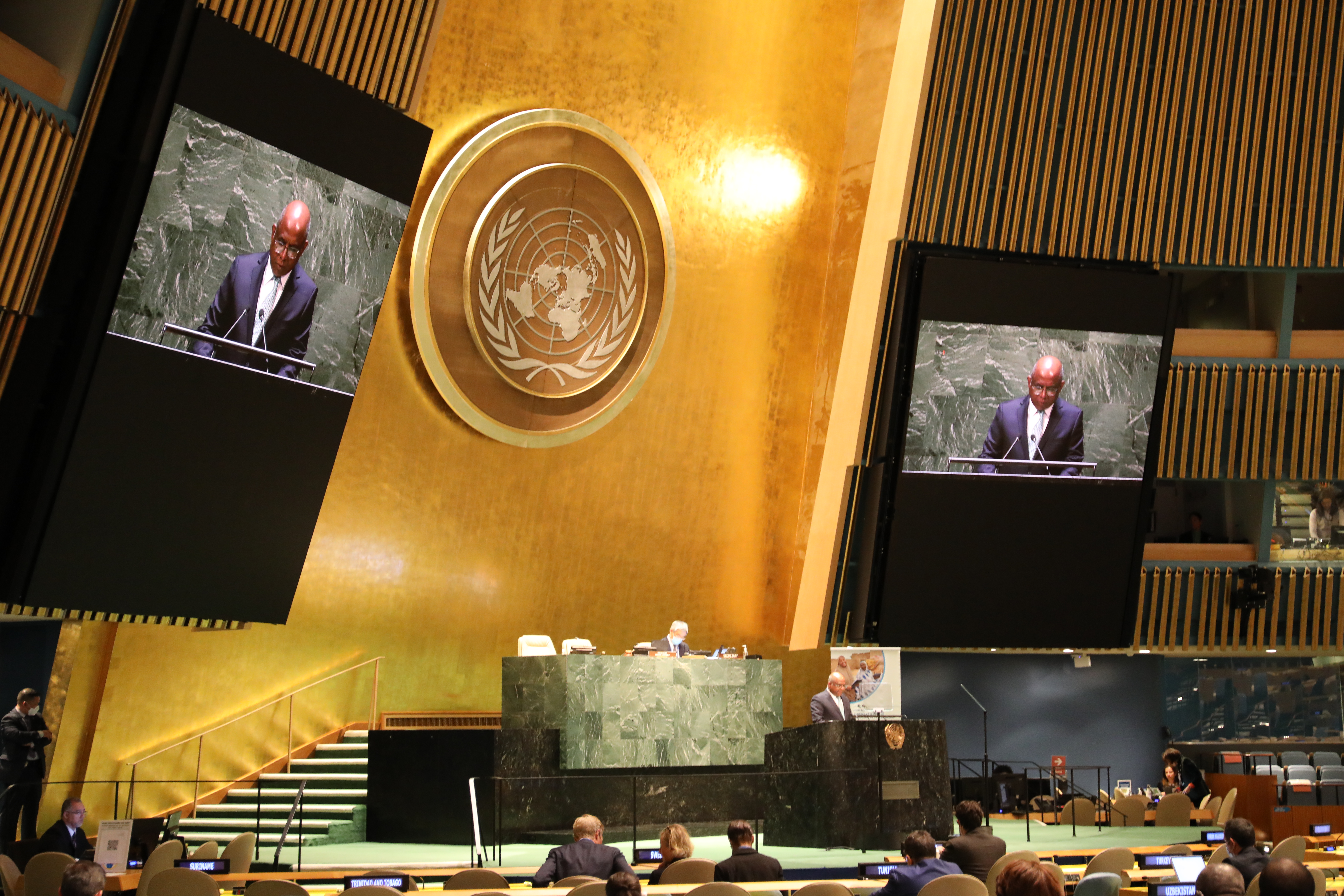