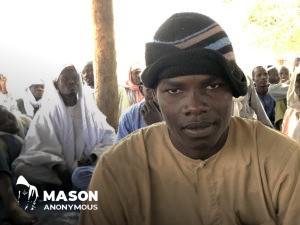 In 2015, the island of Ngomiron Doumou in Lake Chad was attacked by armed extremists who said they belonged to the outlawed Boko Haram group. The island is home to some 5,750 people. Up to 300 men, women and children were abducted at gunpoint by Boko Haram fighters who had travelled to the island from Nigeria. Twenty-five-year-old Kedra Abakar is one of around 100 people who made it back to the island. Here is his story. 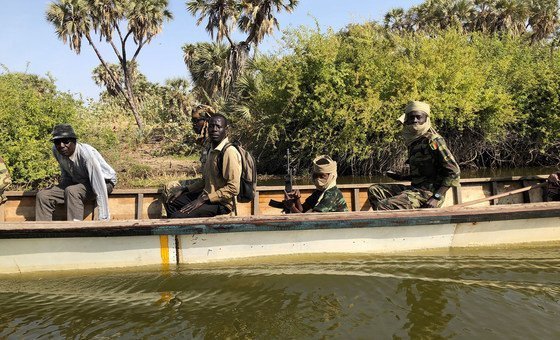 “My name is Kedra Abakar. I am 25 years old and live on Ngomiron Doumou island. I was 21 when Boko Haram invaded my island; they created confusion and fear. Many neighbours fled, but those who were unable to do so, maybe 2-300 people, were rounded up. I was one of those people. We were kept under a tree and they slaughtered three of my friends in front of us. It was terrible. We were told that if we didn’t go with Boko Haram, the same would happen to us. We were very fearful.

We were taken to Nigeria by Boko Haram. We had three duties; farming, fishing and fighting for Boko Haram. I had to fight when it was my turn. I was given a gun and told to attack a village – I was forced to do this – If I refused, they would have killed me. I did shoot my gun, but I do not know if I killed anyone.

I spent two painful years with Boko Haram and I was not happy. I looked for an opportunity to escape but knew if I was caught, I knew I would be killed, so I was very scared. In the end, I was able to flee. I took a canoe at night time on the shore of Lake Chad. I was not able to come directly to Chad but had to travel through Cameroon.

When I think of the time with Boko Haram, I am very unhappy. Only 100 of the 300 people who were taken, have returned to the island. Many died in the fighting and some are still there; those who believe Boko Haram is a good thing.

My advice to other young people is to understand that Boko Haram is very bad. I tell them that they must remain in the village if they can. We were cheated by Boko Haram as we did not know any better.

My community has welcomed me back. Whatever I needed they gave me. I hope that in the future there will be a school on the island, so people can be educated and not fall under the spell of Boko Haram.

“People joined Boko Haram because of ignorance” – listen to an interview with Youssouf Mbodou Mbami, traditional leader of the Canton of Bol in Chad: