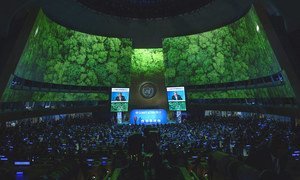 When it comes to the climate emergency, “we have a long way to go. But the movement has begun,” UN Secretary-General António Guterres declared in a widely-distributed opinion piece on Thursday, reaffirming his concern over the threats posed by a warming world, unless more urgent action is taken.

In his op-ed, published by a consortium of more than 170 news outlets under the banner Covering Climate Now, which has an audience of hundreds of millions, he recalled that “on the eve of the September UN Climate Action Summit, young women and men around the world mobilized by the millions and told global leaders: ‘You are failing us.’”

“They are right,” he lamented. 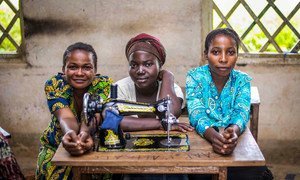 The international community must step up efforts to end instability around Africa’s Great Lakes so that millions there can benefit from its riches, the UN Special Envoy for the region told the Security Council on Thursday.

“The Great Lakes region is, more than ever before in recent history, resolutely committed to pursuing stability for itself”, Huang Xia said in his first briefing to the 15 Council members since being appointed in January.

The UN Special Envoy called for action to strengthen development programmes and accelerate integration among the nations of the vast Great Lakes region, among other support. 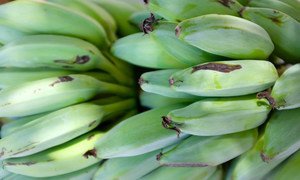 In a renewed effort to help protect banana crops in Latin America and the Caribbean, the UN Food and Agriculture Organization (FAO) has launched an emergency project to curb major plant losses threatened by a fungal disease, the agency announced on Thursday.

Under FAO’s Technical Cooperation Programme, the project will work to fight the spread of Fusarium wilt, a fungal plant disease that can wipe out plantations of banana crops, upon which millions of people depend for their livelihoods.

Assistant FAO chief and Regional Representative for Latin America and the Caribbean, Julio Berdegué, stressed that “the role of bananas in providing food and household income in this region cannot be understated.” 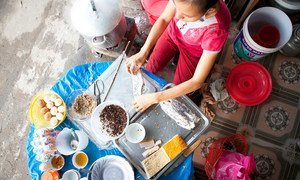 The price of food is holding steady, according to the Food and Agriculture Organization (FAO), which tracks monthly changes in international prices of traded goods in its Food Price Index.

The agency said on Thursday that costs of popular food items remain “virtually unchanged” from August to September, and 3.3 per cent higher than exactly one year ago.

While the Vegetable Oil Price Index rose 1.4 per cent in September, its highest level in over a year, Soy and sunflower oil dropped.

Conversely, sugar costs slipped by 3.9 per cent from August to September, next to drops in dairy prices by 0.6 per cent. 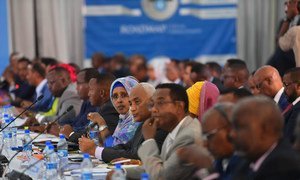 The Somalia Partnership Forum concluded on Wednesday in the capital Mogadishu, with attendees – including the UN Special Representative for the country – taking stock of progress made, while also noting remaining challenges and agreeing on a set of priorities moving forward.

“Somalia is making tremendous strides. We are ready to move forward together in this limited time we have, together with our federal member states; both houses of parliament and the political elite. We will endeavour to chart forward, to ensure that progress achieved is not set back,” said Somalia’s Prime Minister, Hassan Ali Khayre, who led today’s discussions.

Listen to or download our audio News in Brief for 3 October on Soundcloud: