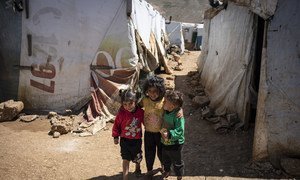 Violence in Syria continues to kill and maim civilians, with reports that at least 12 people were killed in missiles strikes in the northwest and dozens more wounded, including children.

And at least 10 children have died in the northeast, with another 28 maimed since 9 October, following the Turkish military incursion into Kurdish-held Syrian territory, UNICEF’s Syria representative, Fran Equiza, told journalists in Geneva.

In 2018, the UN confirmed 1,106 children dead, linked to fighting in the nearly-nine-year war – the highest number of children killed in a single year since the onset of fighting.

More in our full story here. 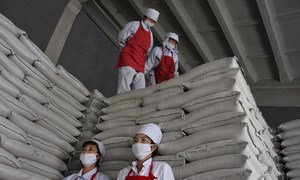 Governments “are simply not doing enough” when it comes to implementing protection measures that guard people against business-related human rights abuses, a UN working group of independent experts warned on Thursday ahead of the largest global gathering on business and human rights, kicking off next week.

It is the “duty, not an option” of governments “to protect people against business-related harms”, including labour abuse, trafficking, environmental pollution and attacks against human rights defenders, the experts said.

Holes in policy reflect weak government leadership at national, regional and global levels, and are a threat to the human rights and dignity of workers, said the experts.

From 25 to 27 November, 2,500 participants will gather in Geneva for the Forum on Business and Human Rights, to discuss national, international, mandatory and voluntary steps that can be taken.

A Thursday report published by the World Health Organization (WHO) revealed that the health of prisoners in Europe is disproportionately poor, in stark contrast to the general population.

WHO’s status report on prison health, collected data on the health conditions of people in prison and prison health systems from 39 countries, and demonstrated “an enormous difference” in the wellbeing of people incarcerated, versus those on the outside.

“A prison sentence takes away a person’s liberty; it should not also take away their health and their right to health”, WHO’s Dr. Bente Mikkelsen, who specializes in noncommunicable diseases, stressed in the statement. 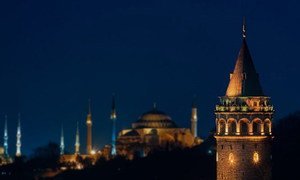 Turkey must ensure that an Irish woman and her infant daughter who are being held in custody there are repatriated, independent UN experts said in a statement released on Thursday. The woman, Lisa Smith, has been described in press reports as a supporter of the ISIL terror group, and former member of the Irish military.

Ms. Smith and her child were transferred to Turkish custody following the bombing of a camp housing thousands of people, including suspected family members of ISIL extremists northeast Syria, and her exact whereabouts are currently unknown.

The UN experts expressed concern about the vulnerability of the infant, and that Ms. Smith may be facing ill-treatment in custody.

Our coverage is here. 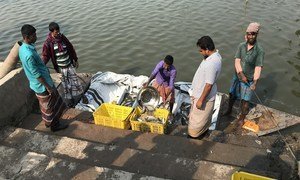 There is a clear link between an unregulated seafood industry, and fishers’ safety, now ranked as the second deadliest profession in the world; and more must be done to ensure the safety of men and women dependent on this type of labour as the market expands with a growing population, the UN said on Thursday.

“Every hour fishers die doing their job – not just men, women too”, Maria Helena Samedo, chief for Climate and Natural Resources at the Food and Agriculture Organization (FAO), explained at a major conference organized by the agency in Rome, coinciding with World Fisheries Day on 21 November.

“Human rights violations and unacceptable practices at different stages of the value chain are increasing in fisheries and aquaculture”, she added.

Currently, 33 percent of marine stocks are fished at unsustainable levels, triple the rate recorded 40 years ago, with demand on the rise as the population grows. One in ten people presently depend on fishing to make a living for their families.

Listen to or download our audio News in Brief for 21 November on SoundCloud: