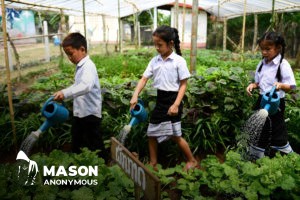 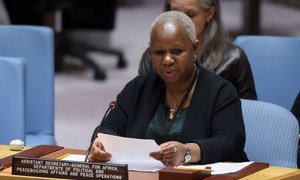 Dubbed the ‘G-5 Sahel’ after the group of countries that comprise it (Burkina Faso, Chad, Mali, Mauritania and Niger) the Joint Force, proposed by the African Union and backed by the UN Security Council, aims to bolster coordination to “neutralize” armed groups in the region and strengthen Cooperation on economic development and security.

Ensuring the safe and dignified burial of people who have died from Ebola virus in the Democratic Republic of the Congo – regarded as a key way to prevent disease transmission – is under threat from a lack of funding, a key UN-partner said on Thursday.  Amid an uptick in the number of infections in north Kivu and Ituri provinces, the Red Cross says it has just two weeks’ worth of funding to support its burial teams.

Since the start of the latest Ebola epidemic in DRC last August, the virus has claimed more than 1,100 lives and infected 1,671 people, making it the second deadliest outbreak to date. Twenty per cent of those cases occurred in the last three weeks, according to DRC authorities, who are grappling with insecurity and attacks on health centres by armed groups in north-eastern DRC.

Highlighting the value of the work of the burial teams, Emanuele Capobianco, Director of Health and Care at the International Federation of Red Cross and Red Crescent Societies (IFRC), explained that in the 2014-2016 Ebola outbreak in West Africa, up to 80 per cent of people were infected during unsafe burials.

Faced with a US$16 million shortfall, IFRC has called on the international community to urgently increase its investment in Ebola response, before the outbreak escalates further. 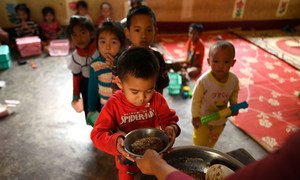 Good nutrition depends not only on raising awareness about healthy foods and choices, but also on sustainable systems of delivery. With that in mind, UN agencies have been working with the Government and population of the Lao People’s Democratic Republic – or Laos as it’s commonly known – to achieve Zero Hunger, with initiatives that help farming families’ lives and livelihoods.

The heads of the Food and Agriculture Organization (FAO), the World Food Programme (WFP) and the International Fund for Agricultural Development (IFAD) ended a three-day visit on Thursday, with a call for greater investment in nutrition, after seeing first-hand the impacts of their joint programmes.  WFP Executive Director David Beasley said that he “could feel the sense of optimism from people in the communities” and that the work being done “helps create a better future for schoolchildren, for farmers and for families throughout the country.”

Laos has made good progress over the past twenty years in reducing poverty and hunger, but malnutrition remains an obstacle to the country’s aim of becoming a middle-income country.

Countries must up their game to reduce low birth weights, warns UN-backed report 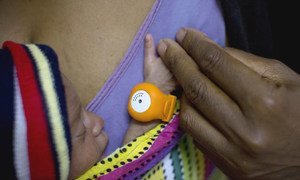 Many countries need to invest more and take greater action to reduce the number of babies born with low birth weights which put their health at risk, urges a United Nations-backed report released on Wednesday.

Around one-in-seven babies worldwide weighed less than 5.5 pounds, or 2.5 kilogrammes at birth, according to latest data from 2015.

The Lancet Global Health research paper was developed by experts from the World Health Organization (WHO), UN Children’s Fund (UNICEF) and the London School of Hygiene and Tropical Medicine, which not only reveals that more than 20 million babies that year were born with a low birthweight, but that 80 per cent of the world’s 2.5 million low weight newborns die every year, because they are either pre-term and/or small for gestational age. 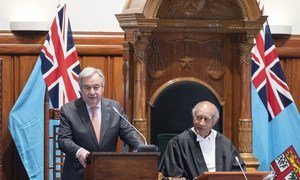 Fiji’s strong traditions of community and social responsibility, and its “symbiotic relationship” with its surroundings, has made its people “natural global leaders on climate and the environment”, United Nations Secretary-General António Guterres told the nation’s Parliament on Thursday.

“Fiji has taken on the sceptics and the deniers” in a loud and clear voice, he said, “and the world is listening”.

The Secretary-General outlined that Fiji was the first small island State to preside over the UN Framework Convention on Climate Change (UNFCCC) and in 2017, became the first emerging market to issue a sovereign “green bond”, dedicated to environmental conservation.

Listen to or download our audio News in Brief for 16 May 2019 on SoundCloud: