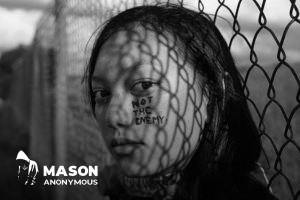 In Geneva, UN High Commissioner for Human Rights, Michelle Bachelet, said that emergency powers “should not be a weapon Governments can wield to quash dissent, control the population, and even perpetuate their time in power”.

In a statement, she added: “Shooting, detaining, or abusing someone for breaking a curfew because they are desperately searching for food is clearly an unacceptable and unlawful response. So is making it difficult or dangerous for a woman to get to hospital to give birth. In some cases, people are dying because of the inappropriate application of measures that have been supposedly put in place to save them.”

Respect for people’s rights covered their inherent freedoms “across the spectrum, including economic, social, and cultural rights, and civil and political rights”, the

High Commissioner explained, adding that protecting these was “fundamental to the success of the public health response and recovery from the pandemic”.

“Emergency powers should not be a weapon governments can wield to quash dissent or control the population” – @mbachelet calls on Governments to ensure #HumanRights are not violated under the guise of exceptional or emergency measures for #COVID19.

From South Africa to the Philippines and from Hungary to Jordan, Ms. Bachelet’s Office, (OHCHR), highlighted allegations of abuse that appeared to transgress key basic freedoms.

Speaking to journalists during an online press conference, Georgette Gagnon, Director of Field Operations, described how many countries had adopted a “heavy-handed” and “highly militarised” security response to the virus, including South Africa.

“We’ve received reports of disproportionate use of force by security officers, particularly in poor and informal settlements”, she said. “Rubber bullets, tear gas, water guns and whips have been used to enforce social distancing in shopping lines…and outside their homes.”

Data from nearly three weeks ago indicated that more than 17,000 people have already been arrested in South Africa, as a result of COVID-19 restrictions.

Of that number, the independent police investigative body is investigating complaints against officers for “murder, rape, assault discharge of firearms and corruption”, Ms. Gagnon added, highlighting a “toxic, lockdown culture”.

Of “many dozens” of countries where new COVID-related abuses have emerged, the OHCHR official went on to describe how the Philippines’ “highly militarised response” to the pandemic had led to the arrest of 120,000 people for violating the curfew.

More than 26,800 people had also been detained in Sri Lanka and there were fears of excessive use of force in El Salvador, Ms. Gagnon said, while Jordanian authorities were believed to have arrested 800 people a day for breaking the lockdown restrictions.

Asked about alleged rights violations in China, Ms. Gagnon replied that the UN human rights office had received reports of censorship “off and online”, along with the intimidation, arrest and apparent detention of dissenting voices, such as doctors and journalists.

“The Office is in direct contact with Chinese authorities to clarify the status of around half a dozen such cases”, she said. “China has informed us at this point that at least some of them are under investigation or have been charged.”

On the issue of States including the U.S. allegedly refusing to provide shelter to migrants on the grounds of preventing the spread of the new coronavirus, the UN rights Office highlighted similar concerns within the European Union.

“We have called very clearly for States to avoid involuntary forced returns during this period; we believe that is central to address the public health consequences of the types of returns that could be happening,” said Peggy Hicks, Director of Thematic Engagement at OHCHR.

To date, more than 80 countries have announced a state of emergency linked to the virus, according to the UN human rights office, while others have issued exceptional measures. In new guidance on these precautions issued on Monday to help States in their response to COVID-19, the UN human rights Office made it clear that international law does allow States to restrict some rights in order to protect public health, with additional powers available if a state of emergency is declared.

Nonetheless, the restrictions need to be necessary, proportionate, and non-discriminatory, and they need to be temporary, with key safeguards against excesses, said Peggy Hicks, Director of Thematic Engagement at OHCHR.

Certain non-derogable rights – the most important of all – including the right to life, the prohibition against torture and other ill-treatment, and the right not to be arbitrarily detained, continue to apply in all circumstances, she explained.

Targeted, based on skin colour

Other key OHCHR concerns include how the pandemic has exposed underlying human rights issues that have existed in many countries for a long time, including a rise in racism and xenophobia.

People are being “targeted for their Asian descent or for being foreigners or migrants accused of contributing in some way to the pandemic,” said Ms. Hicks. “All of us this finger-pointing and racism should never happen and should not be happening; we are all in this together.”