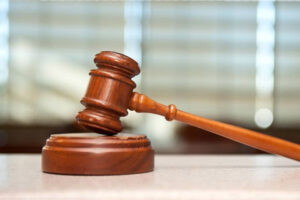 Former Judge Baltasar Garzón of the Spanish National Court was suspended in 2010 and criminally prosecuted and tried in 2012 for alleged willful abuse of power in two cases of major political significance at the national level.

In the first case, Mr. Garzón assumed jurisdiction to investigate enforced disappearances during the Civil War and the dictatorship of General Francisco Franco.

Trough the second case, called Gürtel, he tried a political corruption scandal during which the former judge decided to monitor communications between defendants and their representatives.

Mr. Garzón was acquitted in the Franco proceedings but was convicted of willful abuse of power in the Gürtel case and disbarred from office for 11 years.

The Committee emphasized that even if the former judge had committed a judicial error in both cases, it should have been corrected by a review before a higher court and not through the criminal prosecution.

First-ever ruling against a State

In 2016, Mr. Garzón filed a complaint against Spain before the UN Human Rights Committee – the body of independent experts charged with monitoring signatory States’ compliance with the International Covenant on Civil and Political Rights.

The former judge alleged that he suffered multiple human rights violations during both two trials.

The decision is the first time that the Committee has ruled and condemned a State for the use of criminal law against a judge in the course of his or her duties, thus establishing new jurisprudence.

“Judges should be able to interpret and apply the law without fear of being punished or judged for the content of their decisions”, Committee member José Santos Pais concluded. “This is essential to preserve judicial independence”.

Decisions ‘did not constitute serious misconduct’

In the Franco proceedings, the Committee specified that Mr. Garzón’s decisions “were at least a plausible legal interpretation, the appropriateness of which was reviewed on appeal, without it being concluded that such decisions constituted misconduct or incompetence that could justify his inability to perform his duties”.

Of the Gürtel case, the Committee considered that “the interpretation of Mr. Garzón, which was shared by other judges and the Public Prosecutor, even if, as claimed by the State, it was erroneous, did not constitute serious misconduct or incompetence that could justify his criminal conviction”.

Mr. Pais noted that the right to be tried by an independent and impartial tribunal takes on special relevance in the case of judges, as it “ensures that they can carry out their judicial duties without undue interference or obstruction, protecting them against arbitrary criminal or disciplinary proceedings”.

The Committee concluded that Mr. Garzón’s right to be tried by an impartial tribunal was violated.

The Committee highlighted that some of the Supreme Court judges who tried him intervened in both cases, despite Mr Garzón’s request that they be recused; the trials were conducted simultaneously; the oral trials in the two cases took place five days apart; and the judgements were issued 18 days apart.

The members also criticized the fact that Mr. Garzón did not have access to a second instance to appeal, given that he was tried on only once by the Supreme Court, Spain’s highest judicial body.

In the Gürtel case, the Committee underlined that the conviction for willful abuse of power against Garzón was “arbitrary and unforeseeable” as it was not based on sufficiently explicit, clear and precise legal provisions.

Article 15 of the Covenant establishes the principle of legality and predictability, i.e. that no one can be convicted for acts that were not sufficiently explicitly foreseen at the time they were committed.