Ongoing violence in Cameroon’s northwest and southwest has created a fast-growing humanitarian emergency that’s 15 times worse than it was in 2017, UN humanitarians said on Tuesday.

UN Children’s Fund (UNICEF) spokesperson Marixie Mercado explained that almost a million children have been affected in the West African nation, which until a few years ago was among the most settled and peaceful in the region. 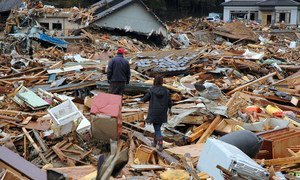 Tsunamis are rare, but when they strike, they are the deadliest and most costly of natural hazards. With half of the world’s population expected to live in coastal areas more prone to tsunamis by 2030, investing in early warning systems and resilient infrastructure, will be vital to saving lives and economies, said the top UN official on disaster risks on Tuesday. 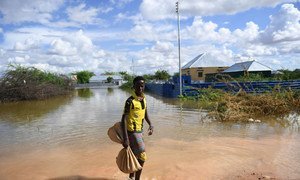 Approximately 200,000 children in Somalia have been affected by heavy flooding, making them more vulnerable to malnutrition and disease through displacement, lack of water and sanitation services, the UN Children’s Fund (UNICEF) revealed on Tuesday.

Thousands of families living near the country’s centre, namely in Belet Weyne, Berdale, Baidoa, Jowhar and Mahadaiin cities, have been forced to leave their homes and locate to higher ground to avoid the floods, which have destroyed schools and disrupted learning for thousands of youngsters.

UNICEF’s Representative to the country, Werner Schultink said if action is not taken, the impact of the disaster will be felt “long after the water levels recede.”

Crops have been inundated with water, straining an already precarious food situation, while impeded healthcare access will cause malnutrition spikes among Somali children, and accelerate a deadly cycle of waterborne disease spread.

UNICEF is working with partners to meet the urgent needs of vulnerable children, through dispatch of emergency supplies and life-saving services.

Internet use and access is improving, but digital gender gap is growing: ITU 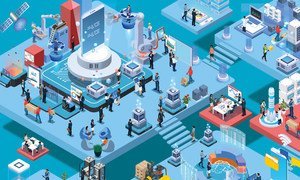 The latest UN data shows that while more people have access to the world wide web, fewer women are using it than men. According to ITU, the International Telecommunications Union, more action is needed to address this digital gender gap.

Barriers are cultural, financial and educational, and they affect poorer countries most, ITU’s Susan Teltscher said.

Today, 48 per cent of all women use the internet, compared with 58 per cent of men. More men than women go online in every region of the world except the Americas, where the ratio is about the same.

While internet use in developed countries is close to 90 per cent, in some African countries, it is below 30 per cent.

Increase in child and adolescent mental disorders spurs new push for action by UNICEF, WHO 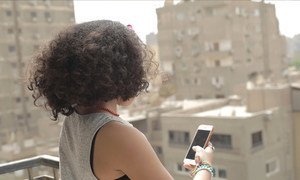 In a joint push to put child and adolescent mental disorders higher up on the global health agenda, UNICEF and the World Health Organisation (WHO) on Tuesday addressed the alarming high rates of self-harm, suicide and anxiety among the world’s youth.

UNICEF’s Henrietta Fore said the mental health crisis, now impacting up to 20 per cent of adolescents every year, is affecting rich and poor alike. “This looming crisis has no borders or boundaries”, she said.

Suicide is the third leading cause of death among 15 to 19-year-olds worldwide, and around 15 per cent of adolescents in low and middle-income countries have considered suicide.

In addition, the cost of mental disorders is not only personal, but further, has societal and economic implications, the UN partners said in a press statement.

UNICEF and WHO will co-host the first ever conference on the topic in Florence, Italy, this week, as part of UNICEF’s “Leading Minds” global conference series for children and young persons.

Listen to or download our audio News in Brief for 5 November on SoundCloud: