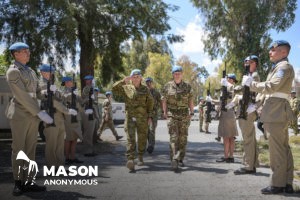 United Nations Secretary-General António Guterres has declared war on hate speech, telling Member States on Tuesday, that we all need to “do better at looking out for each other”.

“Hate speech may have gained a foothold, but it is now on notice”, Mr. Guterres said, launching the UN Strategy and Plan of Action on Hate Speech. “We will never stop confronting it”. 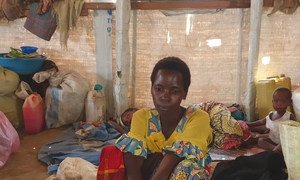 More than 300,000 people have been forced to flee resurgent inter-ethnic violence in north-east Democratic Republic of the Congo (DRC) just this month, the UN refugee agency, UNHCR, said on Tuesday. 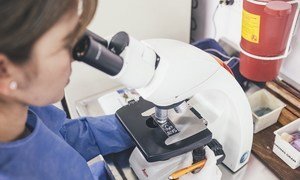 As resistance to antibiotics grows, the World Health Organization (WHO) has launched the latest stage of its campaign to fight this deadly health risk – likened by the agency to an “invisible pandemic”– with the launch of a new online tool for health professionals on Tuesday.

The AWaRe portal divides antibiotics into three groups – Access, Watch and Reserve – and explains which antibiotics should be used to treat the most common and serious infections (Access), which ones should be available at all times in the healthcare system (Watch), and those that must be used sparingly or preserved and used only as a last resort (Reserve). 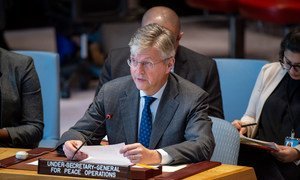 “I want to recognize the work accomplished everyday by all the women and men serving under the United Nations flag, in very challenging situations, for the cause of peace,” he stated.

Mr. Lacroix also paid tribute to Major General Francis Vib-Sanziri, Head of Mission and Force Commander of the peacekeeping operation the Golan region, UNDOF, who passed away suddenly on 19 April. 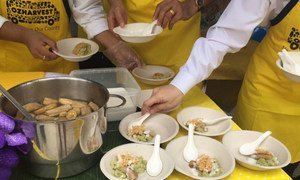 If we all change the way we eat, we can make significant progress in the fight against climate change. This is the message from the UN environment agency (UNEP) on Sustainable Gastronomy Day, as it launches a new campaign to encourage healthy and sustainable food choices.

As part of its #ActNow initiative, a global call to individual action on climate change, professional and aspiring chefs are being challenged to share dishes that are not only delicious, but good for people and the planet, with an emphasis on reducing meat and promoting plant-based diets. Find out more about #ActNow, and the UN’s fight against the climate crisis, here.

Listen to or download our audio News In Brief for 18 June on SoundCloud: