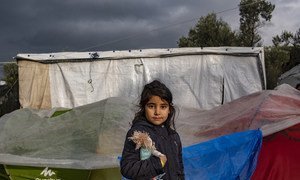 A spike in the number of refugees reaching Greek island reception centres is likely to worsen the situation in already “dangerously overcrowded” facilities there, the UN refugee agency said on Tuesday.

In a call for asylum seekers to be moved urgently to the mainland by the central Government in Athens, UNHCR reported that sea arrivals in September rose to more than 10,000 – the highest monthly level since 2016.

And, for the sixth year in a row, 1,000 people are believed to have drowned in Mediterranean Sea crossings. 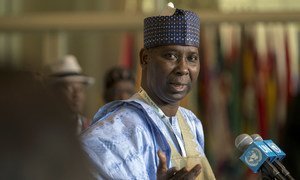 Having concluded the High-level segment of the General Assembly, where heads of State or senior officials from 192 of the UN’s 193 Member States discussed the world’s pressing issues, President Tijjani Muhammad-Bande held his first press briefing on Tuesday.

Drawing attention to the fact that “only eight per cent of speakers on behalf of Member States were women”, he lamented that that was “not a good figure, especially in relation to our commitment to gender equality”.

Mr. Muhammad-Bande maintained that the only solution to this is to keep urging Governments to allow for the broadest participation, “especially to unlock obstacles to the participation of women in politics”.

Turning to other Sustainable Development Goals (SDGs), he told reporters that we need to “push hard” to ensure some $2.5 trillion per year – the financing required over the next decade for implementation.

He also outlined the five major summits on global challenges, such as climate action and health care, which were convened on the sidelines of the General Debate.

When asked for his presidential priorities, the Assembly president had no hesitation in citing peace and security, poverty eradication, quality education, climate action and inclusion.

‘We need to stand up now’ for the elderly: urges UN rights expert on World Day 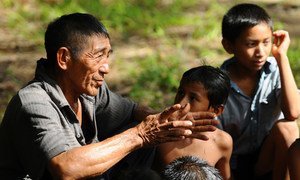 In the coming decade, the number of persons aged 60 or over is projected to grow by 46 per cent, making the increase in those officially classified as elderly, one of the “most significant transformations of this century,” the United Nations declared on Tuesday, marking the International Day of Older Persons.

WHO and UNICEF in campaign to protect 1.6 million in Sudan from cholera 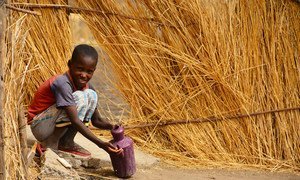 UN agencies are working with the authorities in Sudan to protect more than one million people from cholera, an infectious disease which can kill within hours if left untreated.

So far, there have been 215 confirmed cases, including eight deaths, since an outbreak was declared in Blue Nile state on 8 September.

The World Health Organization (WHO) and the UN children’s fund, UNICEF, will support an oral cholera vaccination campaign aimed at covering 1.6 million people there and in neighbouring Sinnar state. 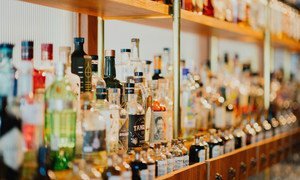 Strict laws put in place by the Russian authorities since 2003 have resulted in a significant drop in alcohol-related deaths nationwide, a report from the World Health Organization (WHO) revealed on Tuesday.

The impact study on the effects of “alcohol control measures on mortality and life expectancy”, shows that the amount of alcohol consumed per person fell sharply by 43 per cent, between 2003 and 2016.

Listen to or download our audio News in Brief for 30 September on Soundcloud: