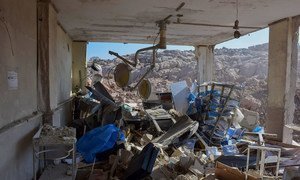 Following a sharp escalation of hostilities in southern Idlib, “at least 300,000 civilians have fled their homes” since mid-December, the UN Deputy Regional Humanitarian Coordinator for the Syria crisis said on Tuesday, voicing concern for their well-being.

“I am alarmed at the deteriorating humanitarian situation in Idlib, northwest Syria, where over three million civilians remain trapped in a war zone – the vast majority of them women and children”, Mark Cutts said in a statement.

Read what else he had to say here. 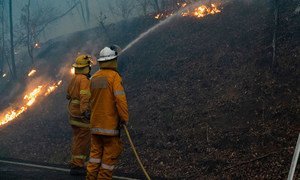 As the Australian people continue battling the wildfires ravaging their country, the UN Secretary-General extended his condolences to the families of the victims and wished the injured a speedy recovery.

“With forecasts of a long and challenging fire season, the Secretary-General commends the search and rescue operations being conducted by the Government of Australia and all those who are taking part in these efforts – as they fight these devastating fires, save lives and do what they can to preserve their country’s rich biodiversity”, his spokesperson, Stephane Dujarric, told reporters on Tuesday.

Meanwhile, the World Meteorological Organization (WMO) pointed out that the “catastrophic and unprecedented bushfires have killed more than 22 people, destroyed hundreds of homes and burned hundreds of thousands of hectares of land, causing massive devastation to wildlife, ecosystems and the environment”.

They have also led to hazardous air quality in major cities throughout Australia, impacted New Zealand and sent smoke drifting thousands of kilometres across the Pacific, as far as South America. 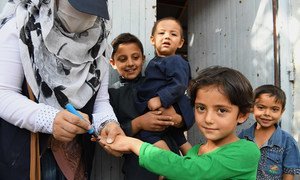 The spread of polio internationally, remains a global public health concern, experts meeting in Geneva have concluded on Tuesday.

The latest meeting of the Emergency Committee convened by the World Health Organization (WHO) said the current situation continues to be “extraordinary”, highlighting the need for ongoing efforts to address the highly infectious viral disease that can cause paralysis and mainly affects children under five.

Here’s what else was said. 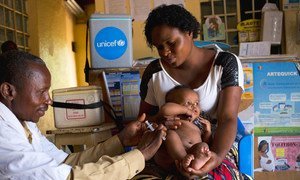 Countries are being asked to step up assistance to the Democratic Republic of the Congo (DRC) which is facing the world’s worst measles epidemic, with more than 6,000 deaths since the start of last year.

The World Health Organization (WHO) on Tuesday said some 310,000 suspected cases of the disease have been reported since then.

The UN agency and its partners have worked with the authorities to vaccinate more than 18 million children under five during 2019. 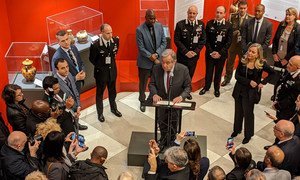 A unique exhibition has opened at UN Headquarters in New York, bringing together “diverse works of art that share a history”.

Speaking at the unveiling of “Recovered art: the art of saving art”, Secretary-General António Guterres said that while some exhibitions celebrate specific artists, or explore an artistic movement, in this case “every masterpiece was stolen – and every masterpiece was subsequently recovered thanks to the determination and investigative expertise of the Italian Carabinieri”, or Italy’s national police force, “often working across several countries”.

As a result, the exhibition showcases valuable works of art while painting a picture of the power of international cooperation.

Mr. Guterres lamented how much of the world’s cultural heritage has been lost in recent years, from Iraq and Syria, to Yemen, Mali and Afghanistan.

“Indeed, we face an array of challenges that imperil efforts to protect our common heritage – from the climate crisis to civil unrest – from armed conflict to terrorism”, he upheld, calling “international cooperation” the common feature integral to a solution and noting that the UN Educational, Scientific and Cultural Organization (UNESCO) also has a key role to play.

“I commend Italy for helping to lead the cause on the international stage – for strengthening global efforts against illicit trafficking of cultural property – for sharing your knowledge with others around the world – and for prioritizing heritage and culture as tools for peace and dialogue”, concluded the Secretary-General. 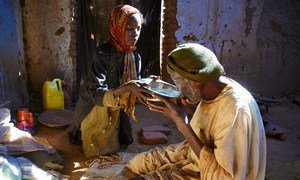 Around 40,000 have been displaced in Sudan’s West Darfur State in recent days, following intercommunal clashes, the UN Office for the Coordination of Humanitarian Affairs (OCHA) said on Tuesday, citing Sudanese Government data.

“Violence between communities in and around El Geneina, the capital of West Darfur State, had reportedly killed at least 54 people, injured 60 and displaced 40,000, since 28 December”, OCHA Spokesperson Jens Laerke told reporters in Geneva, adding that humanitarian partners were working to verify the displacement figures.

Listen to or download our audio News in Brief for 7 January, on Soundcloud: