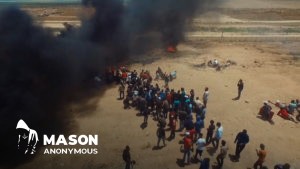 ­­Tangible steps “can, and must, be taken” to urgently reverse the “negative trajectory” of the Palestinian-Israeli conflict and revive the peace process, a senior United Nations envoy warned the Security Council on Tuesday.

“Against the backdrop of the complete political deadlock of the Middle East peace process and the lack of any perspective to revive it,” Nickolay Mladenov, Special Coordinator for the Middle East Peace Process, said that “the rising specter of violence in the West Bank and Gaza” threatens a regional escalation.

Mr. Mladenov elaborated on the need for leadership, and stressed that giving up on the goal of a peaceful resolution to the conflict would lead to an alternative “too horrible to fathom.” 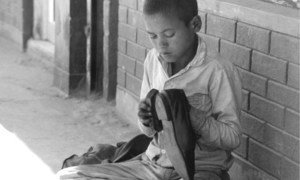 Torture and arbitrary detention in Nepal are “widespread and systematic”, UN-appointed independent experts said on Tuesday, highlighting the case of a boy who was allegedly forced to work for 18 hours a day, unpaid.

In a ruling, the Human Rights Committee said that the youngster – whose identity has not been disclosed – was sent to Kathmandu as a domestic worker at the age of nine.

At 14, he was subjected to “physical and psychological abuse” by an army officer’s family, according to the UN panel, which assesses implementation of the International Covenant on Civil and Political Rights by its State parties.

One of the panel experts, Hélène Tigroudja said, “The life of someone is shattered after enduring torture and forced labour as a child. Access to justice and accountability are essential for victims to rebuild their lives and recover their dignity. It is our hope that Nepal will take all necessary measures to protect and help victims of such acts regain their lives.”

Some 40 people are believed to have drowned off the coast of Libya after a boat disaster on the Mediterranean. The tragedy comes just weeks after reports of another shipwreck that left as many as 150 refugees and migrants dead in the worst incident on the Mediterranean this year.

The disaster has prompted the UN Refugee Agency (UNHCR) to renew its urgent call for action to save lives. It is estimated that some 900 people have lost their lives attempting to make the journey across the Mediterranean this year alone.

UNHCR is calling for renewed efforts to reduce the loss of life at sea, including a return of EU State search and rescue vessels at a time when States have largely withdrawn. Leal and logistical restrictions impeding NGO search and rescue operations both at sea and in the air should be lifted, the agency added. 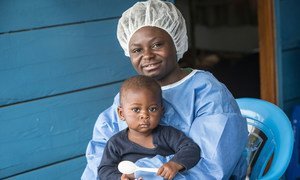 On Tuesday the World Health Organization (WHO) reported that Goma city in north-eastern Democratic Republic of the Congo has seen no new cases of Ebola virus infection and no new transmissions in 21 days, which is the incubation period of the disease.

Earlier this month, the UN health agency confirmed that four people were infected with Ebola in Goma, a large city bordering Rwanda.

Speaking in Geneva, WHO spokesperson Christian Lindmeier said that to be declared officially Ebola-free, the people of Goma would have to wait another 21 days, in line with health protocols.

We must bring era of nuclear tests to an end, urges Guterres

In a statement ahead of the International Day against Nuclear Tests on Thursday 29 August, Mr. Guterres said that the Comprehensive Nuclear-Test-Ban Treaty was a “central pillar” of international efforts to end nuclear testing for good.

But it has still not yet entered into force, more than 20 years after its adoption, the UN chief explained.

Repeating his call for all States that have not yet done so, to sign and ratify the Treaty so that it can enter into force, Mr. Guterres said that “in a world of rising tensions and divisions, our collective security depends on it”.

The International Day against Nuclear Tests marks the closing in 1991 of the test site in Semipalatinsk, Kazakhastan, the largest in the former Soviet Union.

Listen to or download our audio News in Brief for 27 August on Soundcloud: