In the northern city of Chernihiv, meanwhile, the UN World Food Programme (WFP)  said that it had made its first aid delivery there, with the help of the International Committee of the Red Cross (ICRC).

#NEWS: We have just completed the 1st @WFP food distribution since the #Ukraine war started to the previously besieged city of Chernihiv. 12,000 people have received life-saving assistance. Thank you to our partner @RedCrossUkraine for helping us to make this critical delivery! pic.twitter.com/YCIVrwlvmn

“We have just completed the first WFP food distribution since the Ukraine war started, to the previously besieged city of Chernihiv,” said WFP chief David Beasley on Twitter.

The aid will support 12,000 people in the city, which has now returned to Ukrainian hands, after facing water and electricity shortages.

The UN agency aims to reach more than three million people inside Ukraine with food and cash distributions, as well as 300,000 refugees and asylum seekers who have left the country.

Following the Mariupol escape, the International Committee of the Red Cross (ICRC) said that it had led a convoy of buses and cars carrying more than 500 people to Zaporizhzhia, over the course of Tuesday and Wednesday.

All those transported in the humanitarian convoy had fled Mariupol on their own, said the Red Cross, which warned that “thousands more civilians” were trapped inside the devastated coastal city.

They continue to need “safe passage out and (for) aid to come in”, the Red Cross insisted, noting that it was ready to provide relief “once concrete agreements and security conditions allow it”. 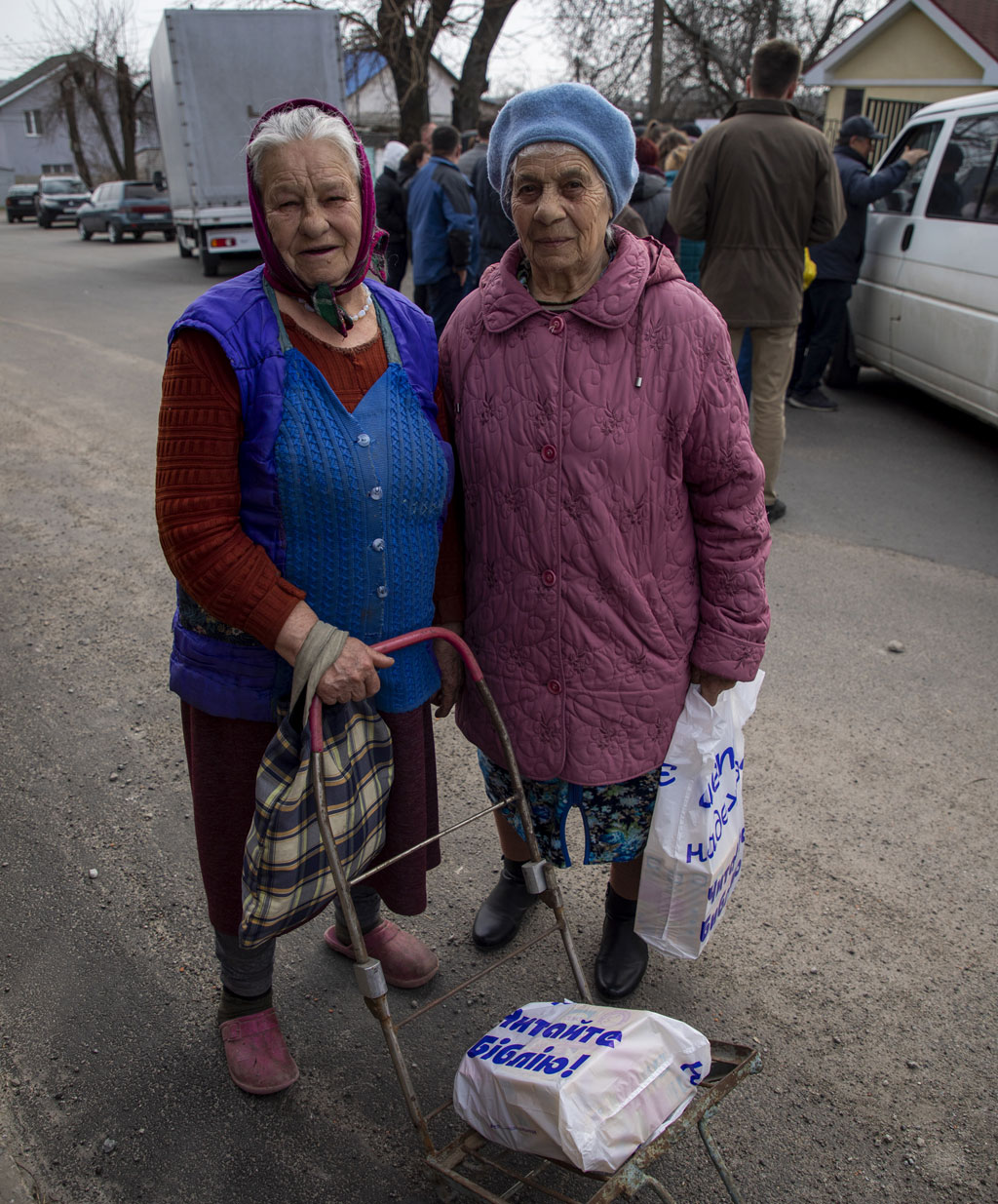 Pascal Hundt, head of the Red Cross delegation in Ukraine, said that staff had tried to reach Mariupol for five days.

They came within 20 kilometres of the city, but security conditions on the ground made it impossible to enter, Mr. Hundt explained.

The city has been shelled since Russian forces invaded Ukraine on 24 February, with houses and public buildings flattened.

UNESCO, the UN educational, scientific and cultural body, said that Mr. Kvedaravicius had died in his car as he was driving out of Mariupol at the weekend. He was 45.

Mr. Kvedaravicius gained praise from critics for his documentary, Mariupolis, which screened at the Berlin International Film Festival in 2016.

UNESCO Director-General Audrey Azoulay denounced the killing of Mr. Kvedaravicius and said that there was an “urgent need to protect media workers, especially in conflict situations”.

Ms. Azoulay also called for those responsible for his death to be “identified and brought to trial, in the interest of justice, freedom of expression and artistic freedom”.