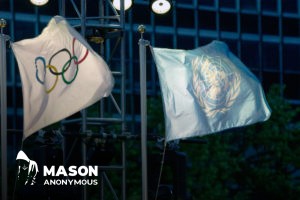 The symbolic Truce would start one week before the XXXII Olympiad, set for 24 July to 9 August 2020, and the XVI Paralympic Game, to be held from 25 August to 6 September 2020.

Adopting a consensus resolution, the 193-Member Assembly underlined the importance of cooperating to “collectively implement the values of the Olympic truce around the world,” and agreed to “cooperate with the International Olympic Committee (IOC) and the International Paralympic Committee in their efforts to use sport as a tool to promote peace, dialogue and reconciliation in areas of conflict during and beyond” the holding of the Games.

The ancient Greek tradition of the ekecheiria, or Olympic Truce, was born in the eighth century BC “to encourage a peaceful environment and ensure safe passage, access and participation for athletes and relevant persons at the Games, thereby mobilizing the youth of the world to the cause of peace.”

The resolution has itself become a tradition at the UN, being passed every two years preceding the holding of the Winter and Summer Games respectively.

As for the upcoming Olympiad, the text adopted today notes that the vision of the Tokyo 2020 Games is to bring positive reform “by encouraging people to achieve their personal best, raising awareness of unity in diversity among citizens of the world, and leaving a positive legacy for future generations.”

It also recognized that Tokyo 2020 aims to ensure a sustainable delivery of the Games, building on its sustainability principle ‘Be better, together: for the planet and the people,’ contributing to the achievement of the UN Sustainable Development Goals (SDGs).

Member States also recalled that Tokyo 2020 is the second of three consecutive Olympic and Paralympic Games to be held in Asia, following Pyeongchang 2018 and preceding Beijing 2022, thereby enhancing trilateral partnership in sports and beyond.

Mori Yoshiro, President of the Tokyo Organising Committee of the Olympic and Paralympic Games, introduced the draft resolution underscoring that people can live together by fostering understanding. Peace was the original concept for creating the Olympics, he stated, and it must be the mission of the international community to promote the Olympics for future generations.

Thomas Bach, President of the International Olympic Committee (IOC) recalled that when Pierre de Coubertin revived the Olympic Games 125 years ago, the founder saw it as a way to promote peace among all nations and people.

The resolution taken up by the Assembly today “demonstrates clearly that his vision endures”, the OIC chief said, adding that is also a powerful reminder of the shared values on which both the UN and the Committee are built. As the United Nations looks ahead to its seventy‑fifth anniversary next year, there is no better time than the 2020 Olympic Year to celebrate these shared values, Mr. Bach declared.